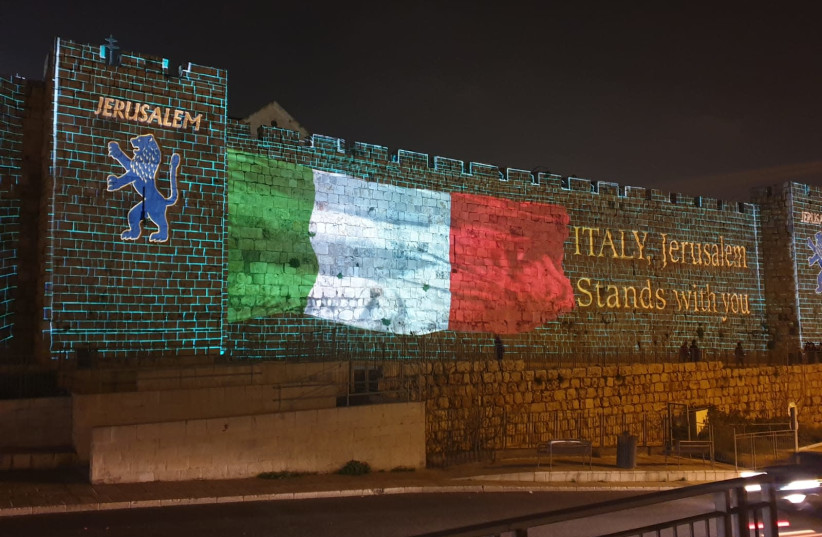 Jerusalem mayor to the people of Italy: We are with you!

Jerusalem Mayor Moshe Lion expressed solidarity with the people of Italy during the coronavirus pandemic on Sunday when he said “Italy! Jerusalem is with you!” a press release on behalf of his office reported.

The walls of the Old City of Jerusalem were lit with the colors of the Italian flag in a show of support to the hardest hit nation after China with COVID 19.

Lion wished a quick recovery and plenty of health to the people of Italy and everyone in Israel and the world.