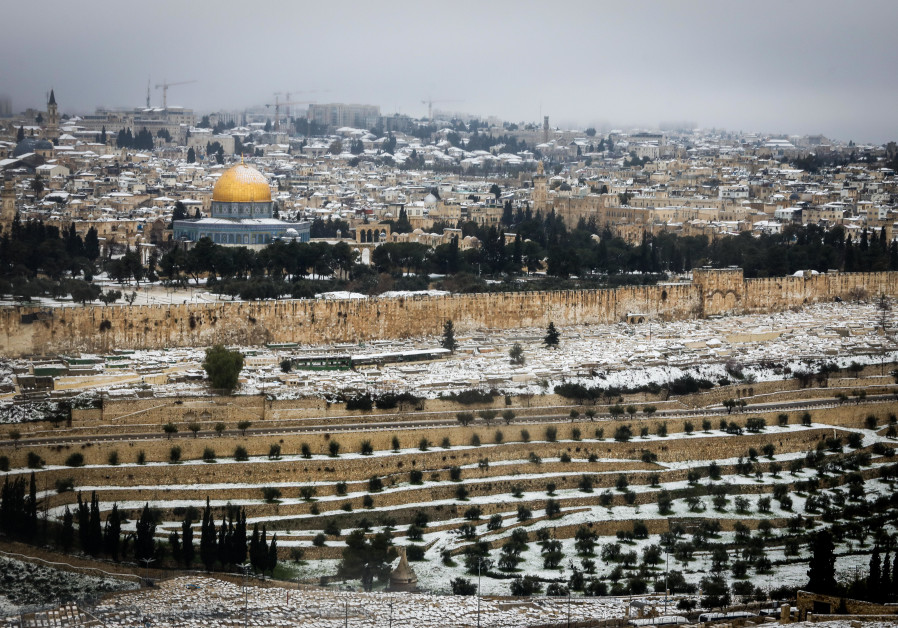 Schools will remain open in the capital, but Golan Heights’ education system closes due to weather

Due to the temperatures rising Thursday morning, the snow was expected to melt throughout the day.

A cold wave of stormy weather hit Israel the day prior, with snow descending on northern parts of the country, and heavily on the Golan Heights.

The rains and storms are expected to gradually weaken on Thursday, but the weather will likely remain colder than average, for this time of year, until the beginning of next week.

Schools and public transportation in Jerusalem will open and run as usual — subject to coronavirus restrictions, outlet N12 reported.

However, schools in the Golan Heights, as well as in several Jewish settlements in the West Bank, were shuttered due to the extreme weather conditions.

Israel’s Highway 1 was closed for traffic both ways due to its freezing. It was expected to reopen on Thursday morning.