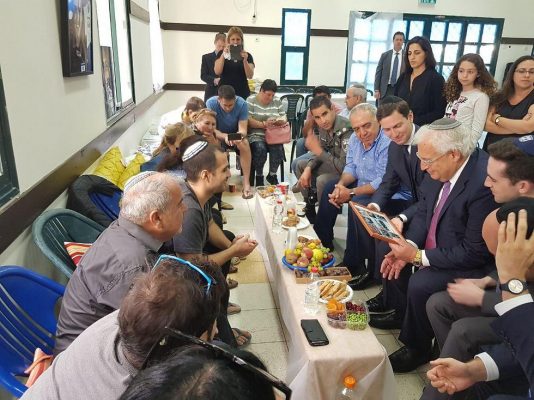 While Kushner arrived in Israel in a bid to restart a new peace initiative and negotiations between Israel and the Palestinians under the direction of the new administration, he immediately paid the visit to the Malka family in Givat Ezer as they continue to mourn their fallen daughter. He was joined by US Ambassador to Israel David Friedman.

A close friend of the Malka family said that the duration of the visit lasted for approximately half an hour.

“He offered the condolences to the bereaved family from the US president, who spoke to his son-in-law on the way and asked that he be kept updated about the visit,” the friend said.

“(Kushner) said that the president himself asked him to express condolences on behalf of the United States.”

The family associate went on to say that the Malka family had told Kushner about their brave daughter, her patriotism, and that that after serving in the IDF she joined the Border Police.

“She always said to them that it is important to guard the capital of Israel, Jerusalem because if we don’t protect the capital, there won’t be a state. The father told (Kushner) and the ambassador that,” the friend claimed. “The ambassador was also apprised of developments regarding the investigation, which began with the arrest of the person who drove (the attackers to the target site—ed) and the arrest of one of the terrorist’s mother.