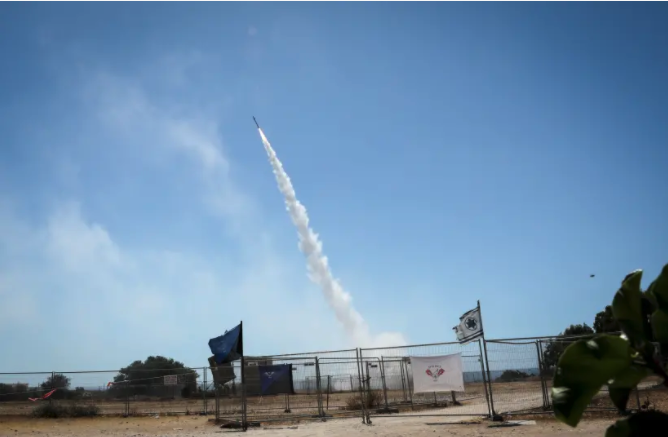 On January 1, 2022, two rockets were launched from the Gaza Strip, falling into the Mediterranean Sea off the coast of Central Israel. New intelligence reports indicate that, contrary to Hamas’ claim that they were launched by accident, they were actually launched intentionally – towards Tel Aviv.

At the time, it was estimated that the rockets were launched due to a technical issue, which dictated Israel’s proportional response: An attack on a rocket manufacturing facility in Khan Yunis.

Defense and intelligence officials have since changed their stance.

It is not yet known who carried out the launches.

Israel’s current estimation is that it wasn’t Hamas behind the launch, but rather that other terrorist organizations are responsible for it, and Hamas either turned the other cheek or gave them the green light.