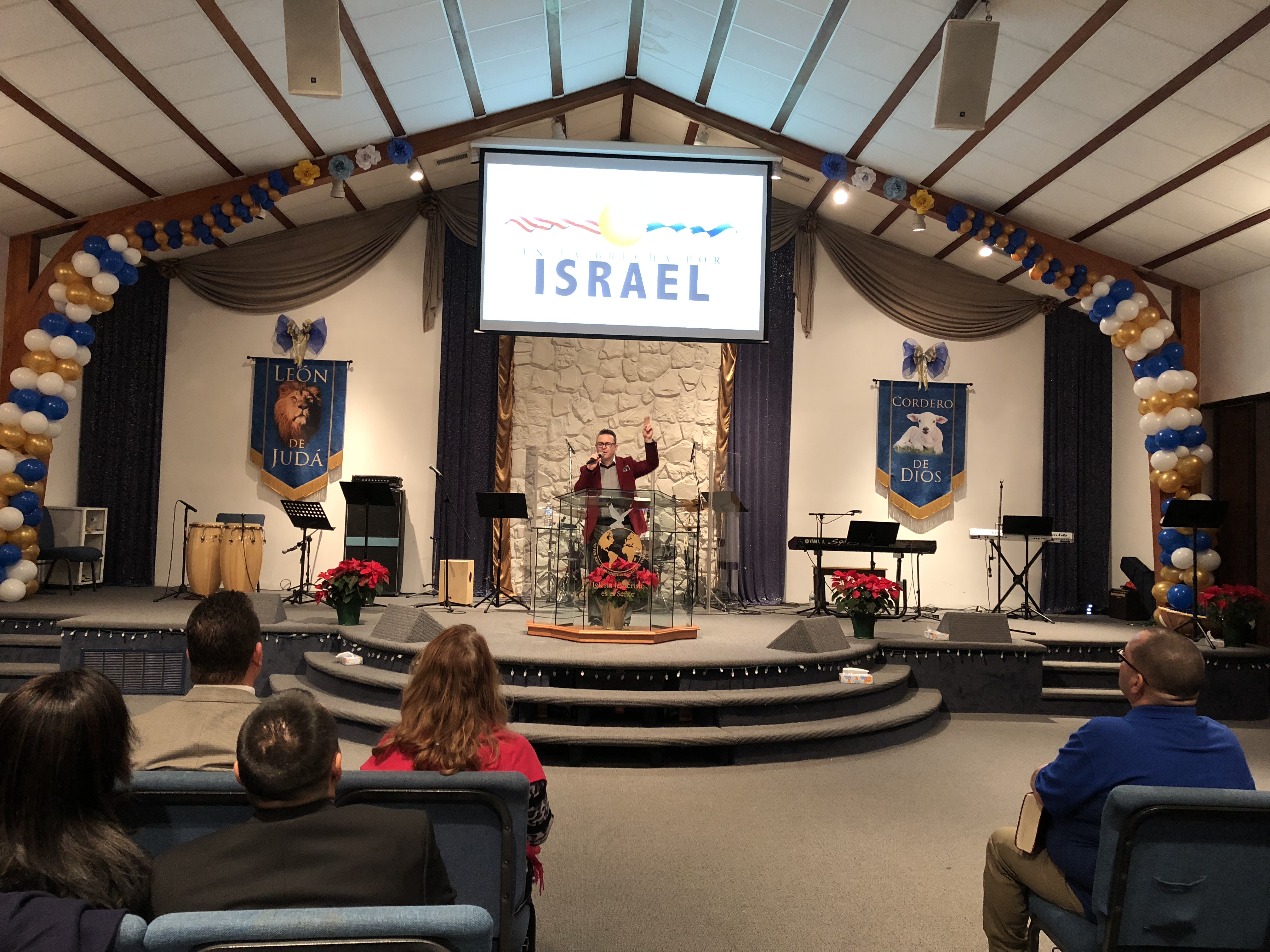 On Friday, January 5, 2018, in South River, New Jersey, our CUFI National Hispanic Outreach efforts got off to a good start in the new year despite the blizzard-like weather that caused airline flights to be cancelled all over the U.S. Northeast Region and throughout our nation. However, the crazy weather and changing flight schedules did not stop our National Hispanic OutreachCoordinator, Rev. Peter De Jesus, from flying from Dallas, Texas to Denver, Colorado and then onto Newark, New Jersey in order to arrive just in time for our first Spanish Standing With Israel event of the year. This epic event was hosted by our brave Host Pastor, Rev. Neftali Cruz, and a remnant of his precious congregation, Iglesia Jesucristo Es El Señor, whom congregate in a former Jewish Synagogue built back in the 1950’s. Although a much smaller group than originally anticipated attended this event, their anticipation and response to this event was much larger than usual. Many of them became CUFI members while some of them joined our Daughters For Zion Prayer Network, and the majority of them gave an offering to support our CUFI on Campus efforts on college and university campuses all over our nation. Additionally, Iglesia Jesucristo Es El Señor gave an extra offering on behalf of their congregation, two days later during their first Sunday worship service of the year, they also encouraged more of their congregants to become CUFI members and give an offering to CUFI. Without a doubt, this was a memorable and momentous event to quick off the new year!