With sights set on the moon, Israel to launch privately funded spacecraft Friday 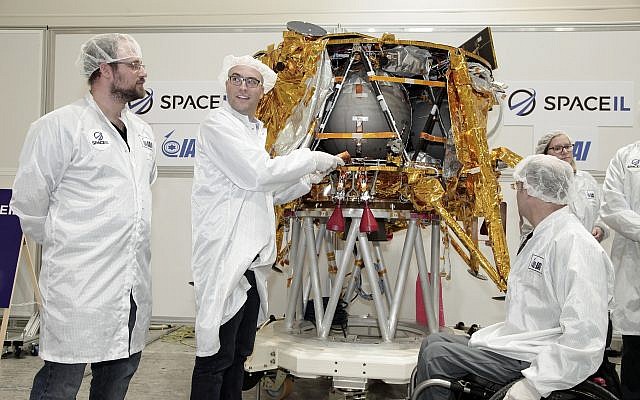 Israel hopes to become the fourth country in the world to land a spacecraft on the moon, with the launch of the unmanned spacecraft Beresheet from Florida’s Cape Canaveral this Friday. If successful, the 160-kilogram (350 pounds without fuel), four-legged spacecraft will also be the smallest and cheapest spacecraft to land on the moon.

Previously, Russia (as the Soviet Union) and the United States have landed on the moon. China landed an unmanned spacecraft on the far side of the moon in 2013.

Beresheet will lift off from Cape Canaveral at approximately 3:45 a.m. IST on Friday (8:45 p.m. Thursday EST), catching a ride on one of Elon Musk’s SpaceX commercial space launches.

Once airborne, the spacecraft will detach from Musk’s Falcon 9 rocket after about half an hour and begin its seven-week journey to the moon. Beresheet will circle Earth six or seven times in a series of growing ellipses before jumping into the moon’s orbit on April 4.

Beresheet will land on the moon in between the detritus left from the Apollo 12 and 15 missions in the Sea of Tranquility, on April 11 around 8 p.m., give or take an hour, according to SpaceIL CEO Dr. Ido Anteby.