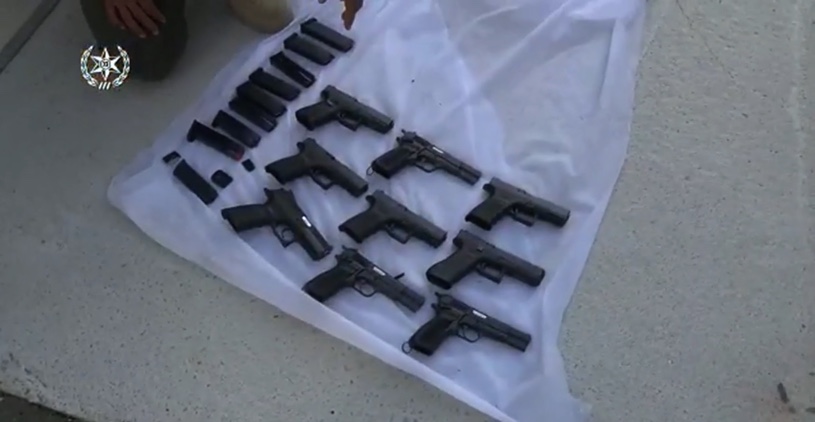 Israel Police’s special operations unit, in a joint operation with the IDF, busted a major weapons smuggling attempt in southern Israel earlier this month, the units revealed on Monday.

Multiple units, both ground units and airborne, from Israel Police and the IDF worked in tandem on August 1 to arrest a man who had been transferred weapons over the Jordanian border in northern Israel.

Two additional suspects, one of which is suspected of being the head of the smuggling network, were arrested shortly thereafter. They had seen the first smuggler getting arrested and fled the scene. Following major intelligence efforts and a large police chase, the two were arrested near Ben-Gurion Airport.

The weapons, according to the security forces’ suspicions, were intended for criminal use in the Negev and Hebron areas.