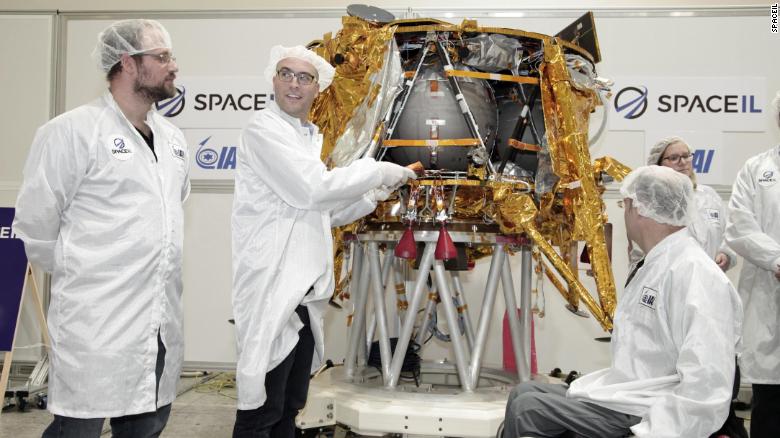 Israel’s non-profit SpaceIL launched its spacecraft from Florida’s Cape Canaveral Thursday on board a Falcon 9 rocket, in a bid to become the fourth country to make a soft landing on the moon.

The unmanned craft, weighing 1,300 pounds and standing approximately five feet tall, began an approximate seven-week journey to the moon, from where it will send back images of the rocky surface and conduct experiments on the lunar magnetic field.

The spacecraft, called “Beresheet,” a reference to the first words of the Bible in Hebrew: “In the beginning…,” was launched into space at 8.45 p.m. local time.

For decades, the moon was the exclusive domain of the superpowers. The Soviet Union landed Luna 2 on the Earth’s nearest neighbor in 1959. Three years later, the United States landed Ranger 4 on the moon.

These were “hard landings,” meaning the craft crashed into the moon. The first “soft landings” for both countries came in 1966, when spacecraft made controlled descents to the lunar surface.

It would take nearly another 50 years for a third country to perform a soft moon landing, when China’s Chang’e 3 did it in 2013.

A SpaceX Falcon 9 rocket lifts off with Israel’s Lunar Lander and an Indonesian communications satellite.

The total cost of the program, raised from private donations, is $100 million, a small fraction of the billions of dollars invested in the US space program.