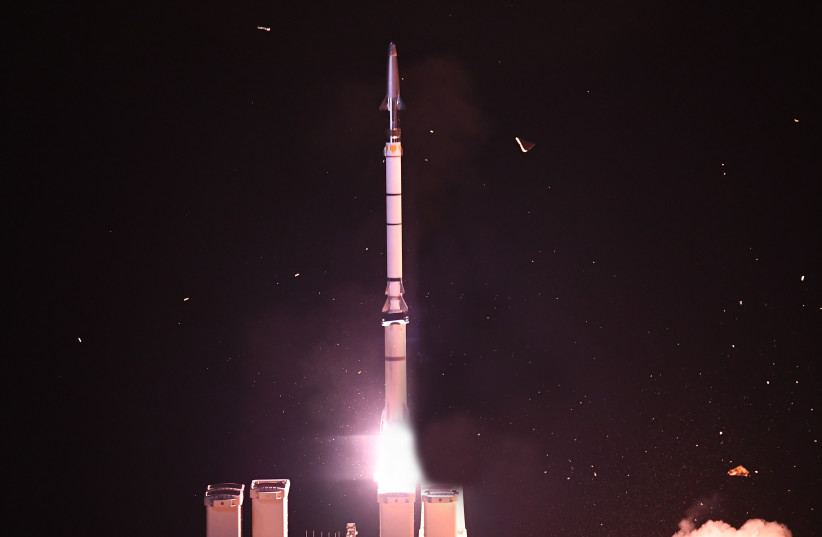 Israel’s Missile Defense Organization and the US Missile Defense Agency have successfully completed an unprecedented, historic test designed to confront multiple threats using a multitiered system. Nothing like this has ever been reported to have been done before, and it represents a response to the latest threats emerging in the region.

The test comes in the wake of Iran using cruise missiles and drones to attack Saudi Arabia’s Abqaiq oil facilities a year ago. That drone-swarm attack was a chance for Iran to show off its capabilities.

Reports also indicated Iran sent ballistic missiles to militias in Iraq in 2018 and 2019 and that it sends precision-guided munitions to Syria and to Hezbollah in Lebanon. It also has drones that it has used from the T-4 base in Syria against Israel in 2018.

The threat matrix is changing, and among today’s enemies, Iran is Israel’s main regional adversary with multiple complex missiles and drones.

To confront these myriad threats, Israel needs its own complex multitiered system. Iron Dome has worked for 10 years to confront close-range threats and is the workhorse of Israel’s air defenders. David’s Sling, which is supposed to face higher-level threats and is similar to the US’s Patriot batteries, uses an impressive interceptor to stop enemy missiles.