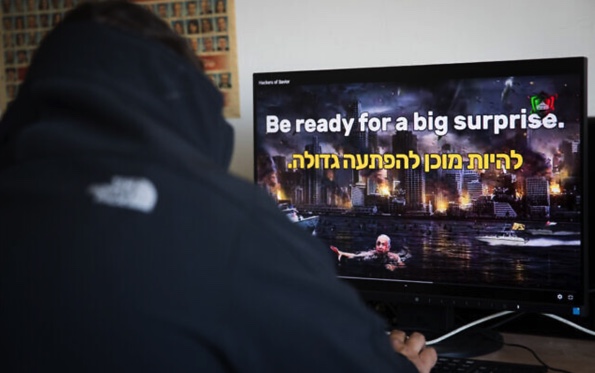 Israel’s National Cyber Directorate issued its annual warning on Sunday against possible cyberattacks to mark Iran’s Quds Day and the end of the Muslim holy month of Ramadan.

Iran initiated Quds Day, or Jerusalem Day, in 1979, the year of the Islamic Revolution. It commemorates the day with anti-Israel speeches, events and threats to “liberate” Jerusalem from Israeli control.

The possible breaches of Israeli websites are expected on or around April 29 this year, and are coordinated by anti-Israel hackers around the world under the banner “#OPJerusalem.”

In previous years, the day was marked by website breaches that spread anti-Israel or pro-Palestinian messaging, cyberattacks on companies that host and maintain a large number of websites to maximize the impact of the breach, as well as attempted hacks into organizations’ systems and information leaks, the directorate said Sunday.

In 2020, various affected websites displayed a video simulating Israeli cities being bombed and messages threatening the destruction of the Jewish state.