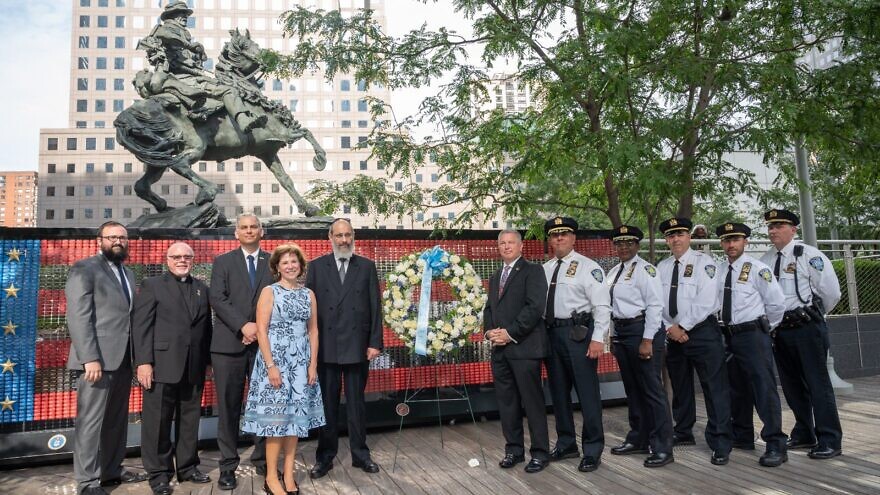 Acting Consul General of Israel in New York Israel Nitzan and the Port Authority Police Department gathered at the National September 11 Memorial & Museum in Lower Manhattan on Tuesday to mark the Jewish calendar’s 20th anniversary of the Sept. 11 terrorist attacks and its victims.

“That tragic and devastating day was an attack on the free world, democracy and the values we all hold so dear,” said Nitzan at the event. “As terror and suffering continue to grow in this world, Israel and the United States must continue to join forces, and fight hate and evil from our midst. We have come a long way and yet have long to go.”

Others who attended the service included Port Authority Police Superintendent Ed Cetnar; Rabbi Mendy Carlebach, chaplain of the Port Authority of New York & New Jersey, who blew a shofar at the event; and UJA-Federation of New York president Amy Bressman.