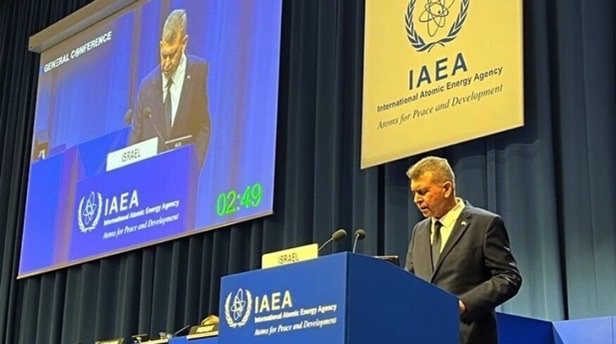 Speaking at the sixty-sixth General Conference of the International Atomic Energy Agency (IAEA) in Vienna, Edri said that it was now clear that Iran’s nuclear program was military in nature.

“Iran obtaining nuclear weapons is not an option that Israel nor the world can tolerate,” he said.

The IAEA Board of Governors’ resolution in June condemning Iran’s lack of cooperation with the agency reflected “growing international concerns regarding Iran’s ill conduct,” he noted.