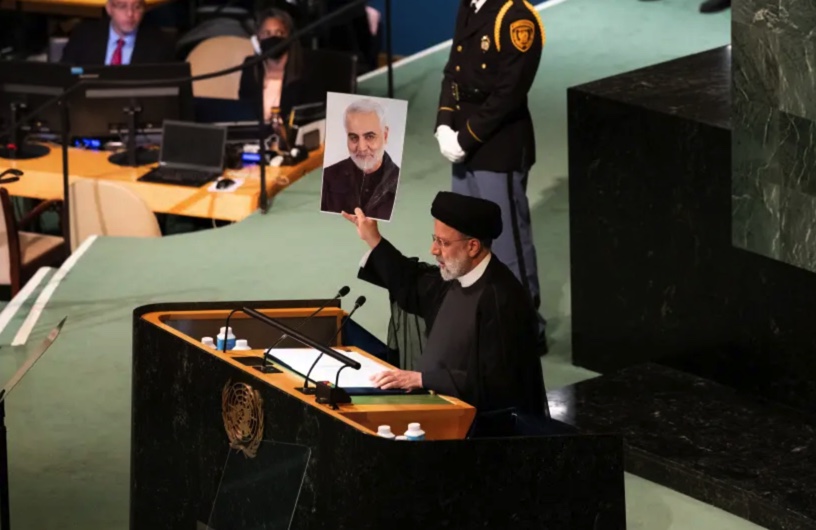 Israel’s amb. to UN walks out during Iran’s Raisi’s speech over Holocaust denial

Israel’s Ambassador to the United Nations Gilad Erdan walked out on Wednesday morning during the remarks made by Iranian President Ebrahim Raisi.

He displayed a photograph of his grandmother on Israel’s table at the General Assembly, who had been a Holocaust survivor. This, just two days after Raisi said in a speech that further research is needed in order to verify whether or not the Holocaust really happened.

“This is a new moral low for the UN,” Erdan said. “A mass murderer who denies the holocaust, gets the UN platform to spread his despicable hatred. Any ambassador who stays in the hall to listen to him should be ashamed.”

He continued, “While the Ayatollah regime in Iran oppresses its citizens, murders women who do not cover their heads and finances terrorist attacks around the world, here at the United Nations, which was established to prevent such atrocities, the president of Iran, the murderer and Holocaust denier Raisi, is given a platform to spread his hatred.”