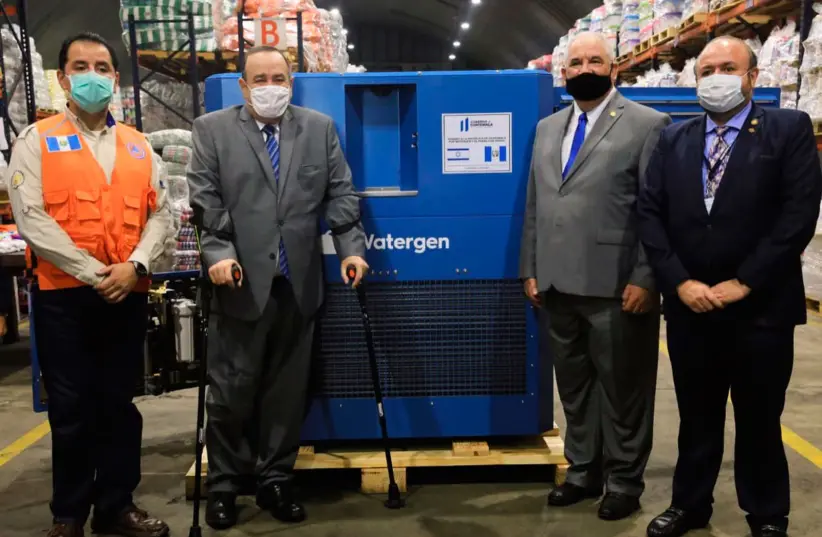 Israeli technology has been on the forefront of helping Guatemalans recover from Tropical Storm Amanda, which struck the Central American country on in late May. The GEN-M, an atmospheric fresh water generator that makes water out of air, has been helping residents of Guatemala cope amid widespread flooding and destruction in the region, according to a press release from the Israel-based manufacturers Watergen.

The GEN-M was recently presented at a special ceremony last Friday that featured Guatemalan President Alejandro Giammattei, and will be used by The National Coordination for Disaster Reduction of Guatemala now and in future crises. Generating up to 800 liters of water per day with a weight of just 780 kilograms, the GEN-M is transportable and easily installed. Each unit contains an internal water treatment system which with the exception of electricity,  does not need additional infrastructure to operate.

The decision to use Watergen’s GEN-M came after President Giammatei visited Watergen’s offices in Israel earlier this year, who saw great potential in the technology for solving some of the Guatemala’s pressing issues of water shortages.