Israeli spacecraft launches, Beresheet heads into orbit towards the moon 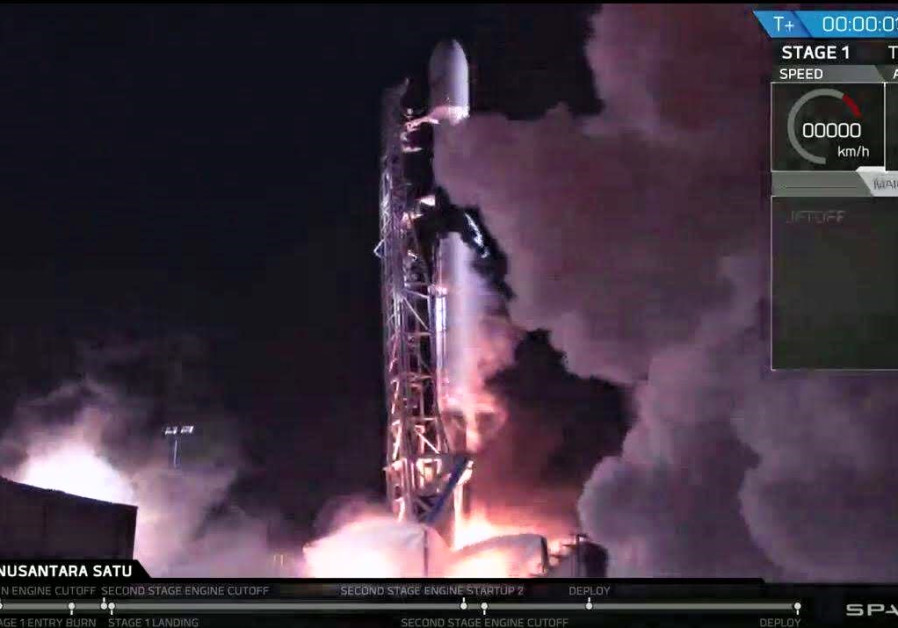 Beresheet, which successfully launched early Friday morning, has begun its elliptical orbit around the Earth at a distance of 69,400 km. and is now on its way to the moon.

Scientists and tech staff at Israel Aerospace Industries headquarters were notified of the spacecraft’s high sensitivity toward the sun’s rays in the star trackers on board, but are hopeful that this issue can be resolved. On Sunday, it will finish its first orbit around the Earth.

The solar waves in space are more powerful than expected and are blinding the spacecraft at the moment. When asked about the possible damage, Ephi, SpaceIL project manager at IAI who is unable to disclose his last name, told The Jerusalem Post, “It’s not easy to send a spaceship to the moon, but it knows how to protect yourself, God forbid, in case anything happens, it can enter a ‘safe mode.’”
He explained how at IAI headquarters and around the world an open line of communication is held with the spacecraft.

“There are stations all over the world… that can track the spacecraft,” Ephi said. He explained the location of numerous satellite dishes which can track its movement – even from thousands of miles away. “The farther the spacecraft is, the more difficult the communication line is, in terms of power, but there are enough antennas for this,” he said.

Furthermore, there are two types of solar panels used by the craft to reach the moon, while the other is used for landing.

“The spacecraft constantly uses its panels to face toward the sun, this loads the battery and allows the spacecraft to operate,” he said.

As 500 people gathered in a room facing two large screens awaiting the take-off, many held their breaths – would the launch be successful or not? The tension in the room was palpable. Journalists, experts and workers gathered at IAI headquarters, while plenty of viewers eagerly watched at home. The launch was scheduled to be broadcast at 3:45 a.m. Israel time, live streaming from Cape Canaveral, Florida, at 8:45 p.m. EST.