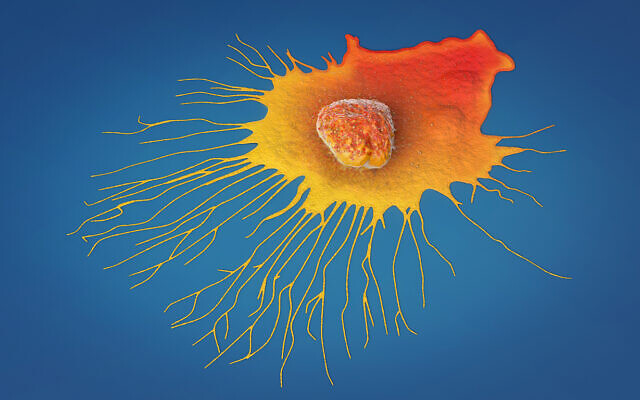 On warpath against secondary tumors, scientists believe they’ve found a way to stop cancer cells from entering blood, moving around the body; but solution not yet in medicine form.

The Bar Ilan University research team produced a peptide — a chain of amino acids — made to stop cancer cells from entering the blood and therefore halting them from moving around the body.

They have published peer-reviewed research showing that it successfully prevented metastasis in mice, meaning it prevented the spread of diseased cells that can cause secondary cancer.