Israeli schools, stores to start reopening after day-long shut down 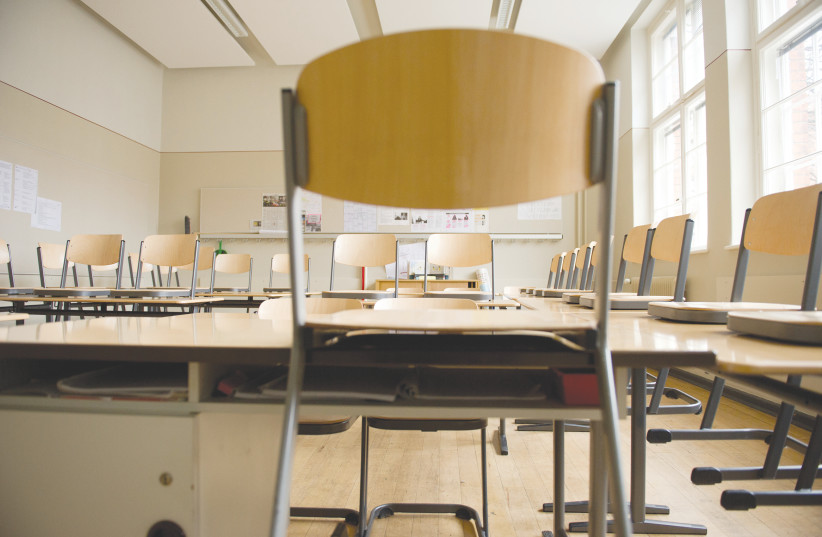 Schools in South and the central Gush Dan region were closed on Tuesday due to the security situation, in accordance with directives from Israel’s Home Front Command, which is responsible for civil defense. As a result, nearly 19,000 students missed school, 240 school trips were cancelled and nearly 11,000 students in the inner-city and youth villages were evacuated to safe regions.
This is the first time since Operation Protective Edge in 2014 that the country is on such high alert.

The Health Ministry opened an emergency situation room and is working with emergency services, including the Home Front Command, the IDF and Magen David Adom. Additionally, the ministry announced that all health institutions are prepared for a potential influx of patients.

The military says that it expects a strong response from the PIJ following the strike, including rocket fire towards central Israel, and has urged residents of southern Israel to stay close to bomb shelters.

The Home Front Command released directives for the communities surrounding the Gaza Strip and the Dan and Shfela region of central Israel, closing schools in the South and the central Gush Dan region, the first time since Operation Protective Edge in 2014, and schools will remain closed on Wednesday.

“In consultation with the Home Front Command, classes and tests have been canceled at Ben-Gurion University of the Negev (Beersheba campuses only). Employees should not come to work today,” the university wrote in a statement.
Ono Academic College in Kiryat Ono, just outside of Tel Aviv, announced that its campuses, including the one in Jerusalem, would be closed and that no exams or classes would take place.

As of 9:50 a.m., citizens in the Central District had been given permission to go to work.
Both the Canadian and Dutch Embassies in Israel announced on Twitter that it would be closed on Tuesday. “Due to the security situation, the embassy is currently closed. We will update during the day.”

All non-essential work in the South has been canceled. Those working in life-saving jobs, such as healthcare workers, are not under the advisory.

Gatherings in areas surrounding the Gaza Strip may include no more than 100 people in closed places. In Lachish and the central Negev, gatherings are limited to 300 people; in central Israel they may have up to 1,000 people in open areas and are without restrictions in secure areas.

Roads near the border fence were closed and train service was temporarily canceled between Ashkelon and Beersheba and at the Sderot, Netivot and Ofakim stations.

Israel’s Ben-Gurion International Airport, however, said that despite the ongoing rocket attacks, the airport will be “working as usual with no changes to the flight schedule.”

The IDF’s Coordinator of Government Activities in the Territories closed the Erez and Kerem Hashalom crossings between Israel and the Gaza Strip, and restricted the fishing zone Palestinians can enter off the coast of Gaza.

The Kissufim Conference, which starts on November 15, announced that Gaza border community residents will be allowed to attend the conference in Jerusalem at no cost. The conference features writers, poets and playwrights, and focuses on preserving Jewish memory 80 years after World War II.

The IDF and Prime Minister’s Office confirmed that Israel was responsible for the airstrike which killed al-Ata, who it described as a “senior Islamic Jihad commander” who master-minded “numerous terrorist attacks and rocket attacks against the State of Israel in recent months and who intended to immediately carry out further attacks.”