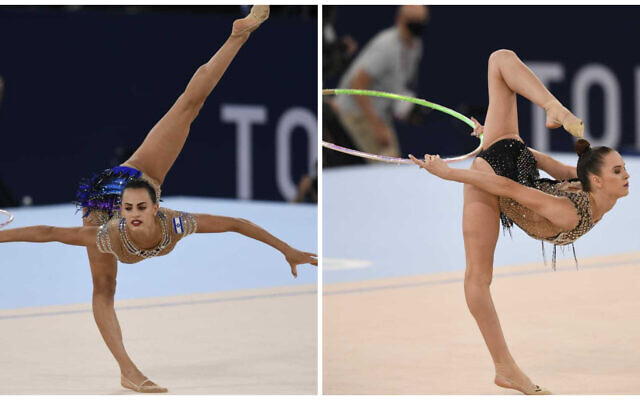 Israeli rhythmic gymnasts advance to final round at Tokyo Olympics

Ashram had a shaky start in Friday’s qualifier, scoring 23.500 in the first round after her hoop fell, dropping some points.

However, Ashram scored 28.250 in her routine with the ball, coming first place in that round.