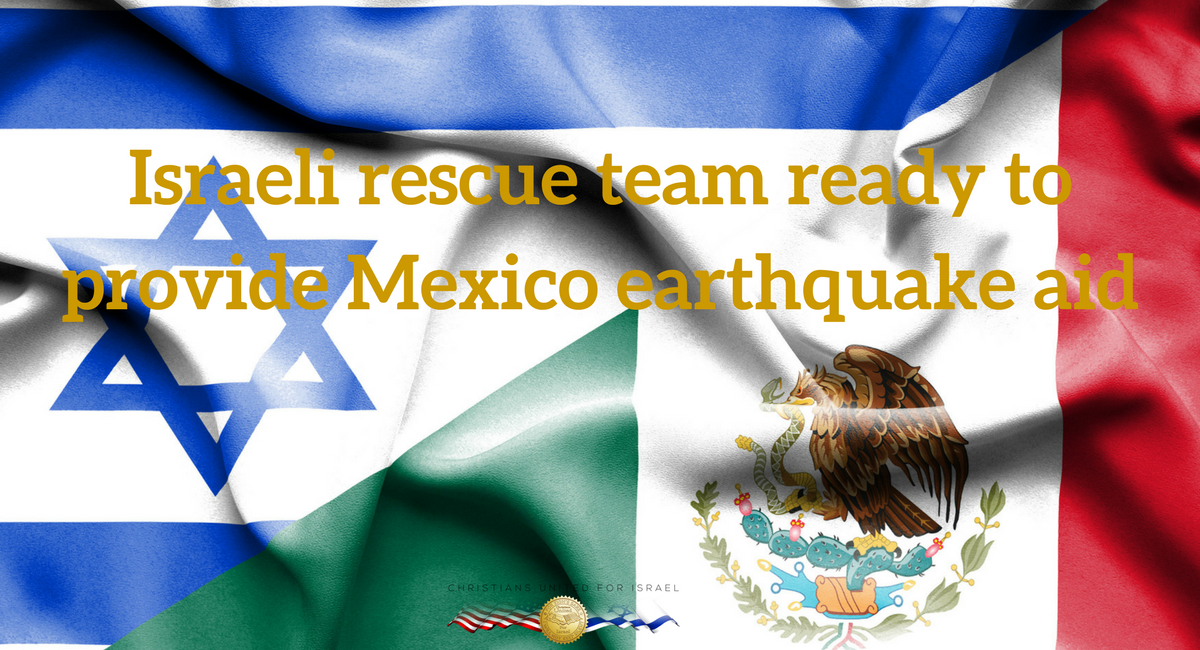 If required, an iAID team of 12 rescue experts will travel to Mexico in order to assist in efforts to trace people buried under rubble. The aid agency specializes in harnessing Israeli innovation & technologies to assist communities in need worldwide.

The founding director of iAID, Shachar Zahavi, said: “iAID is in touch with its local partners and UN officials who are monitoring the current crisis on the ground.  Tsunami warnings were issued in Mexico, Guatemala, El Salvador, Honduras, Panama, Nicaragua and Costa Rica.”

The quake was apparently stronger than a devastating 1985 tremor that flattened swathes of Mexico City and killed thousands, but this time damage to the city was limited.

A number of buildings suffered severe damage in parts of southern Mexico. Some of the worst initial reports came from Juchitan in Oaxaca state, where sections of the town hall, a hotel, a bar and other buildings were reduced to rubble.

Rescue workers labored through the night in badly affected areas to check for people trapped in collapsed buildings.

Windows also shattered at Mexico City airport and power went out in several neighborhoods of the capital, affecting more than 1 million people. The cornice of a hotel came down in the southern tourist city of Oaxaca, a witness said. The tremor was felt as far away as neighboring Guatemala.