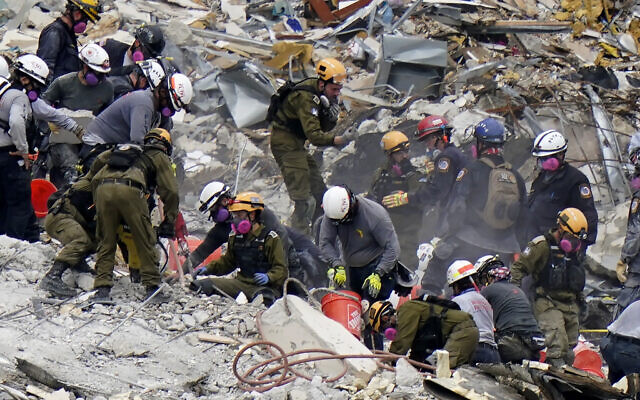 he head of a team of Israeli search-and-rescue specialists working at the site of a Florida apartment building that partially collapsed last week said Tuesday there was still hope of pulling people out alive, even though nearly six days had passed since the condo tower crumpled to the ground.

Col. (res.) Golan Vach told the Reuters news agency that the disaster is “one of the most complicated and difficult situations I have ever seen.”

Nearly 150 people are still missing, believed buried under the rubble.

“There are minor chances, but I would not say there are no chances” of still finding people alive, he said. He noted that in other collapse disasters, buried people have been saved after similar periods of time.

“Every day we find new spaces, new tunnels and we get into the site from below, from the side, from above,” Vach said. “We are trying to find new places to penetrate.”