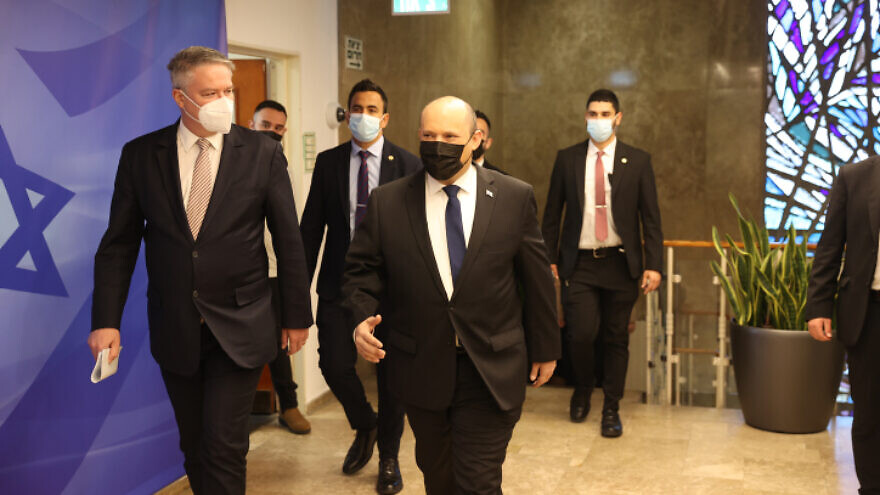 Israeli Prime Minister Naftali Bennett will depart on Monday for his first official visit to Bahrain, according to a statement from his office.

During the visit, the two leaders will discuss diplomatic and economic issues, with an emphasis on technology and innovation, as well as additional ways to strengthen bilateral ties, according to the statement.

Bennett is also scheduled to meet with the kingdom’s ministers of finance, industry and transportation, as well as with representatives of the local Jewish community.