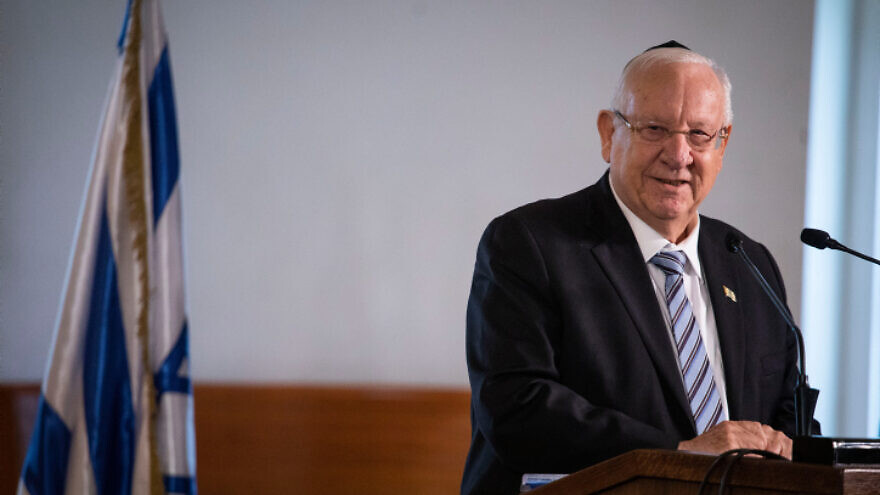 (October 28, 2019 / Israel Hayom) Israeli President Reuven Rivlin is scheduled to host a major conference on anti-Semitism next week at the President’s Residence in Jerusalem. Panelists will include Katharina von Schnurbein of the European Union; Elan Carr from the United States; Felix Klein of Germany; Lord Erik Pickles of Great Britain; and Frédéric Potier from France.

All five were appointed by their respective governments to spearhead activities to counter the scourge of anti-Semitism in their home countries; this will be the first time they all gather on the same stage. The conference is set to take place on Nov. 4, around one week before the 81st anniversary of Kristallnacht is commemorated across the globe.

Rivlin reportedly intends to call on the United Nations to devote a permanent representative to focus on the phenomenon, monitor Jew-hatred across the world, and propose ways to counter it in the countries where it exists.

Prior to the public forum, Rivlin will convene a closed-door meeting with the five foreign panelists.

The purpose of the conference is to prepare the groundwork for a large international summit slated to convene in Israel on International Holocaust Remembrance Day on Jan. 27, which will be attended by dozens of world leaders. Additionally, the conference will seek to discuss the challenges countries are currently facing and propose different methods and tools to bolster the fight against anti-Semitism and improve coordination among the various governments.

Next week’s conference will also be attended by some 100 guests, including representatives from the Foreign Ministry, the Diaspora Affairs Ministry and graduates of the Gesher Leadership Institute.