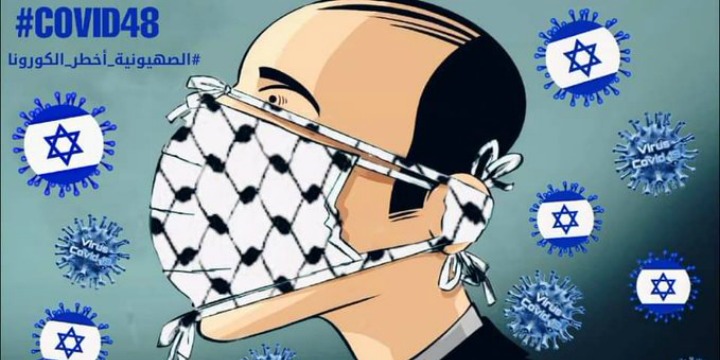 “On the eve of #YomHaShoah, as #Israel commemorates the six million Jews murdered by the Nazis in the Holocaust, there’s a campaign going on in Palestinian social media using the hashtag #Covid48,” Israeli Foreign Ministry Deputy Spokesman Dan Poraz tweeted.

“This wouldn’t be the first time Jews are compared to viruses,” Poraz added.

Tania Berg-Rafaeli — the deputy chief of mission at the Israeli Embassy in Romania — tweeted, “So sickening that nowadays we still have to face this kind of propaganda. #Antisemitism is not just words, it is what led to the darkest period of the modern era. This evening, #Israel will commemorate #YomHashoah and the 6 million Jews murdered by the Nazis.”