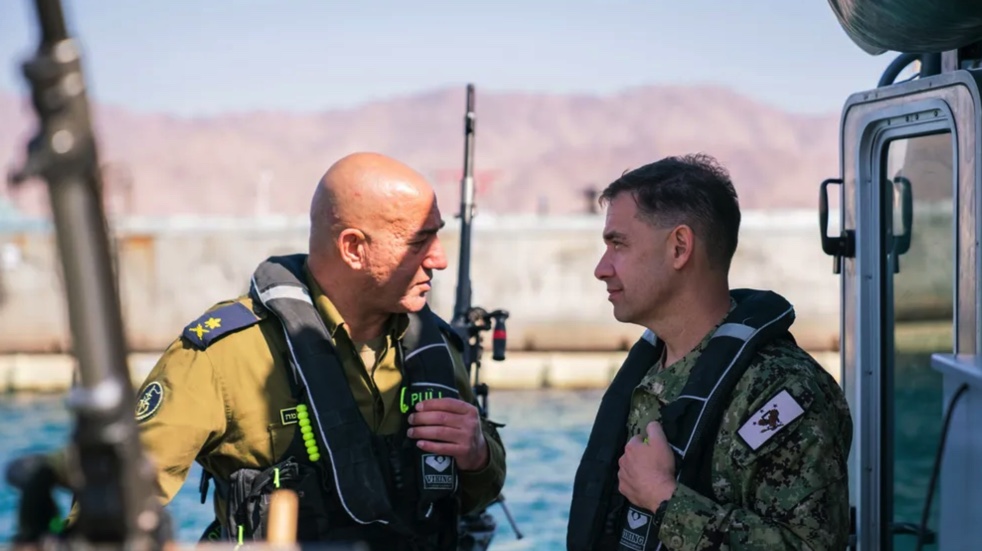 The Israeli Navy this week is participating in its largest ever joint maritime exercise with the US Fifth Fleet, the Israel Defense Forces (IDF) announced on Tuesday.

The 10-day drill, dubbed “Intrinsic Defender,” began on Sunday with the activities taking place simultaneously in the waters of the Mediterranean and Red seas.

A total of 300 soldiers and commanders from each country are involved in the exercise.

The Israeli Navy is providing two missile ships for the drill along with a team from its Underwater Mission Unit; a team from the Snapir Unit, which protects military and civilian ports; and a medical team.

According to the IDF statement, the exercise will simulate different naval scenarios with the aim to expand the Israeli Navy’s operational capabilities and deepen the learning between the two naval forces.

On Sunday, a joint briefing was held in the Red Sea region led by Israeli Navy Vice Adm. David Saar Salama and US Navy Vice Adm. Brad Cooper, commander of US Naval Forces Central Command, which includes the Fifth Fleet.