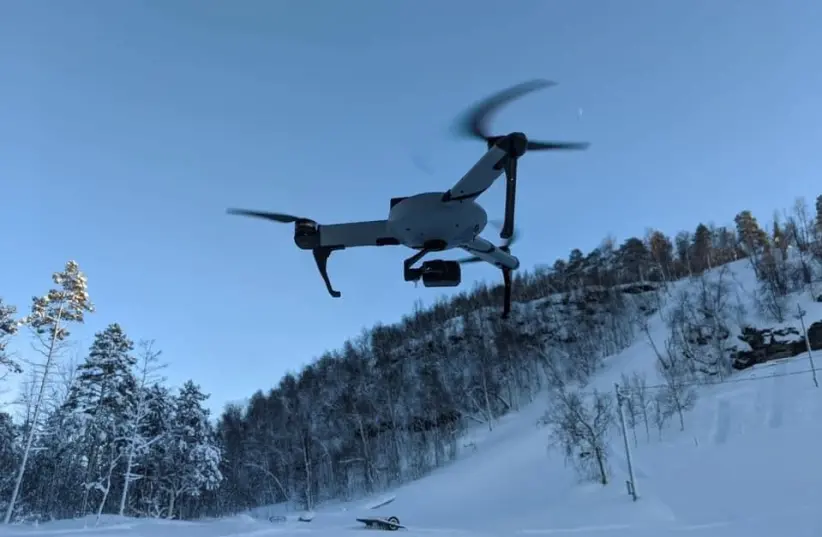 Israeli-made drones will take part in rescue missions in glaciers and fjords in the Arctic Circle of northern Norway. After going through various flight tests last year, the drones were approved for participating in the rescue missions by NPAID, the world’s leading arctic rescue unit.

Produced by Atlas Dynamics, the drones are equipped with technology that allows them to operate in freezing conditions. Their unique aerodynamic structure allows them to fly for long periods of time without recharging, while the artificial intelligence (AI) and decentralized communications (MESH) systems that they contain allow them to fly as an independent swarm, far away from any human operator.

Their state-of-the-art capabilities mean that the drones can fly continuously for hours on end over difficult terrain, identify targets under extreme conditions, and transfer all information to rescuers in real time.

The Israeli drones will serve the Norwegian Search and Rescue Service, comprised of over 10,000 rescuers who are called for urgent rescue missionson a daily basis.

Norwegian rescuers are trained for search and rescue operations throughout the Arctic Circle in terrains characterized by steep mountains, glaciers and deep fjords which are often nearly inaccessible.

Every year, rescuers go on countless searches for hikers who do not accurately assess trails or who get stuck in extreme weather conditions, like blizzards. Until today, such operations required rescue helicopters.