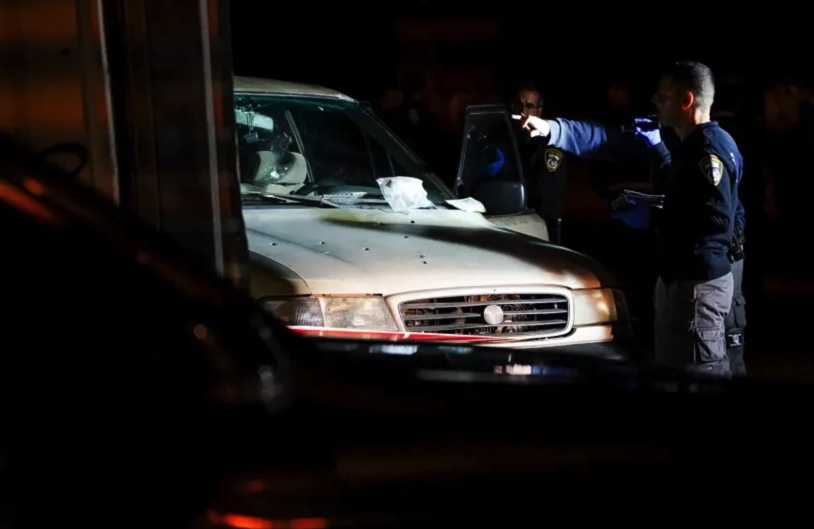 Three IDF battalions scoured the West Bank for the Palestinian gunmen who sprayed a car with bullets on Thursday night, killing Yehuda Dimentman, 25, and wounding two others.
Dimentman was married, with a toddler. He was a resident of the Shavei Shomron settlement and a student at the Homesh Yeshiva, located close to where the attack took place.
The IDF blamed a terror cell for the shooting, noting that more than 10 bullets were fired at the vehicle.
“We were leaving Homesh. When we came to the left turn at the exit, we suddenly heard bursts of gunfire,” recalled Aviah Entman, a survivor of the attack.
“The gunfire was from a man, who apparently, stood very close to the road, simply waited for us and shot at us,” Entman explained.
“I felt a strong blow in my left hand. I immediately told the driver to go fast,” Entman told reporters at Meir Medical Center in Kfar Saba, where he and the other lightly wounded victim were treated. The driver of the vehicle was unscathed.
Read More: The Jerusalem Post