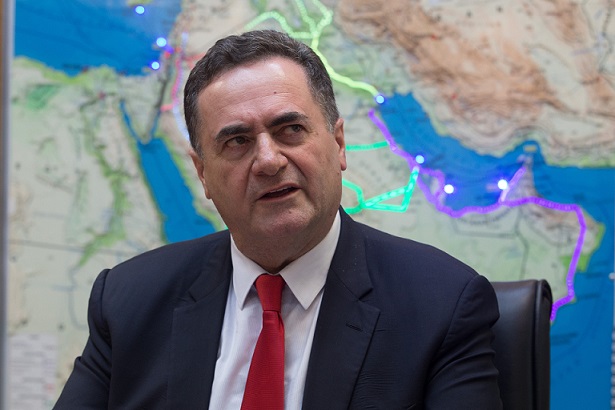 Foreign Minister Yisrael Katz warned this week that there is an “alarming rise” in anti-Semitism around the world.

Speaking at the second annual Ministerial to Advance Religious Freedom conference in Washington, DC, Katz said, “Anti-Semites will always find a reason to hate the Jewish people. The world is also facing the threat of radical Islamist extremism such as Daesh [the Islamic State group] and al-Qaida and the radicalism of Iran and its proxies. As the son of Holocaust survivors, I am only too aware that when anti-Semitism and religious extremism rise, the whole world becomes a darker and more dangerous place.

“Religion should unify us – not divide us,” Katz added. “It is my hope that this will be the true role of religion in our region and the worlds.”

He further noted that “in Israel, and in our capital Jerusalem, Christians, Muslims, Jews and people of every other faith are free to practice their religion. For the first time in 2,000 years, the holy places are protected. Our nearly 2 million Muslim citizens and our growing Christian population can celebrate their faith as they wish.”

According to The Algemeiner, US Secretary of State Mike Pompeo, who spoke at the same event, said, “Religious freedom isn’t just a Christian concern, a Jewish concern, a Muslim concern, a Buddhist concern, a Hindu concern, or a humanist concern. It’s all of our concern; it is everyone’s concern.”

On the sidelines of the event, Katz met with his Bahraini counterpart, Khalid bin Ahmed Al Khalifa.

Manama and Jerusalem have no official diplomatic relations.