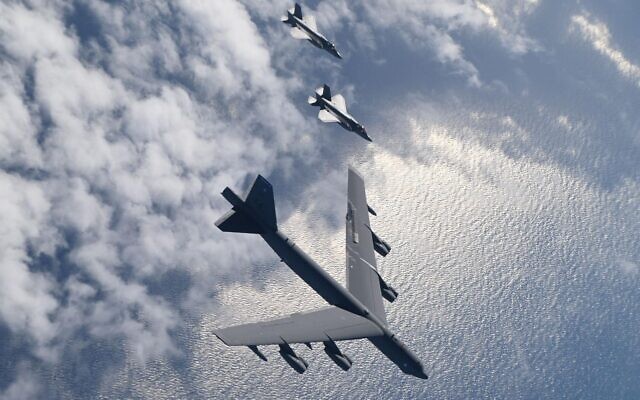 Israeli F-35i fighter jets escorted two American B-52 bombers through Israeli airspace on Thursday, in an apparent show of force to Iran amid tensions in the region.

The bombers, assigned to the US Central Command, were heading back from the Persian Gulf.

“The flight took place as part of the increasing cooperation with the US military, which is a significant component of the national security of the State of Israel, maintaining regional stability and thwarting regional threats,” the Israel Defense Forces said in a statement.

In a video published by the IDF, an Israeli pilot can be heard saying over the radio to the American pilots: “This is the Israeli Air Force. Welcome to Israel, we hope you have a safe flight.”

Washington has frequently dispatched B-52 bombers to the region as hostilities simmered between the US and Iran. The last such flyover was in September.