Israeli exports soared by almost 70% over past decade 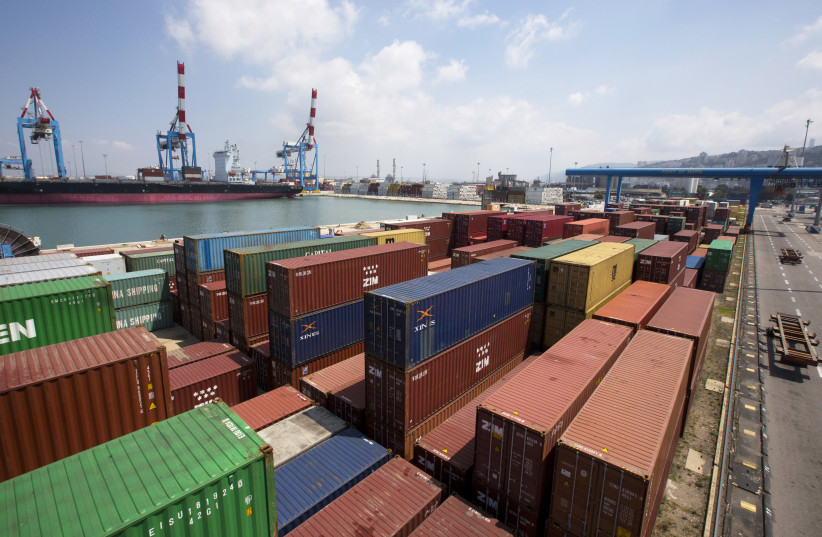 Israeli exports of services and goods are forecast to break another annual record in 2019 as full-year revenues climb toward $114 billion, the Foreign Trade Administration said on Monday.
The predicted export value represents a 4.5% increase compared to 2018, and some 68% higher than 2009, when Israeli exports totaled approximately $67.7b. Over the past decade, exports have increased by an annual average of 5.3%.

“The export data for the past decade is proof of the good health of the Israeli economy,” said Economy Minister Eli Cohen. “Israeli exports are of great importance to the Israeli economy, it is the driver of economic growth and a central source of stable employment, and economic and social prosperity.”

Recent years have seen significant changes in the destination of exports. Total exports (excluding diamonds) to Asian countries grew from 18% in 2009 to 22% in 2019, driven by a huge 402% leap in exports to China over the past decade. Exports to Japan and Taiwan also increased by 73% and 38% respectively.

Significant growth was also recorded in Latin America, where exports grew by more than 40% or approximately $584m. over the past decade. The Latin American region currently constitutes the destination for approximately 5% of all non-diamond exports.
After China, the greatest decade-long increases in exports were registered in the United Kingdom (286%), Poland (162%), Japan (73%), Turkey (66%) and Brazil (61%).

Contributing to the growth of exports, Israel has concluded seven new free trade agreements over the past decade, doubling the number of agreements in place in 2009. Agreements have been signed with countries including Canada, Ukraine, Colombia and, earlier this year, South Korea.

The Foreign Trade Administration is currently in negotiations to secure agreements with a list of major trading partners, including China, Russia, Vietnam and Kazakhstan.