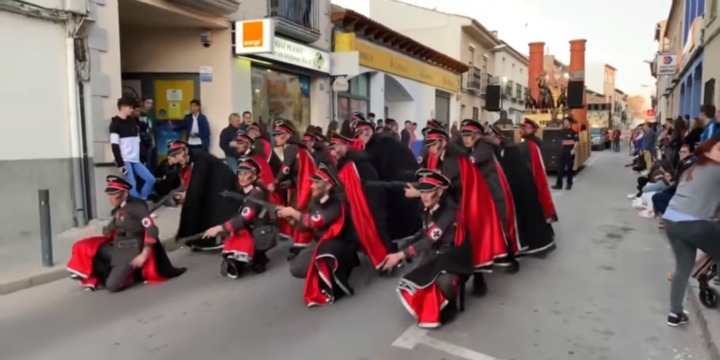 The Israeli Embassy in Spain condemned on Tuesday a display at a recent parade in the town of Campo de Criptana for “banalizing the Holocaust.”

For the performance, some members of the Asociacion Cultural El Chaparral de Las Mesas’ carnival troupe portrayed marching Nazi soldiers, while others dressed up as Jewish concentration camp inmates, who danced to contemporary disco music while waving Israeli flags.

While the troupe said the show — titled “Holocausto” — was meant to honor the victims of the Nazis, it largely aroused shock and disapproval.

“We condemn the vile and repugnant representation banalizing the Holocaust at the Carnival of Campo de Criptana, making fun of the six million Jews killed by the Nazis,” the Israeli Embassy in Madrid tweeted. “European countries must actively combat antisemitism!”