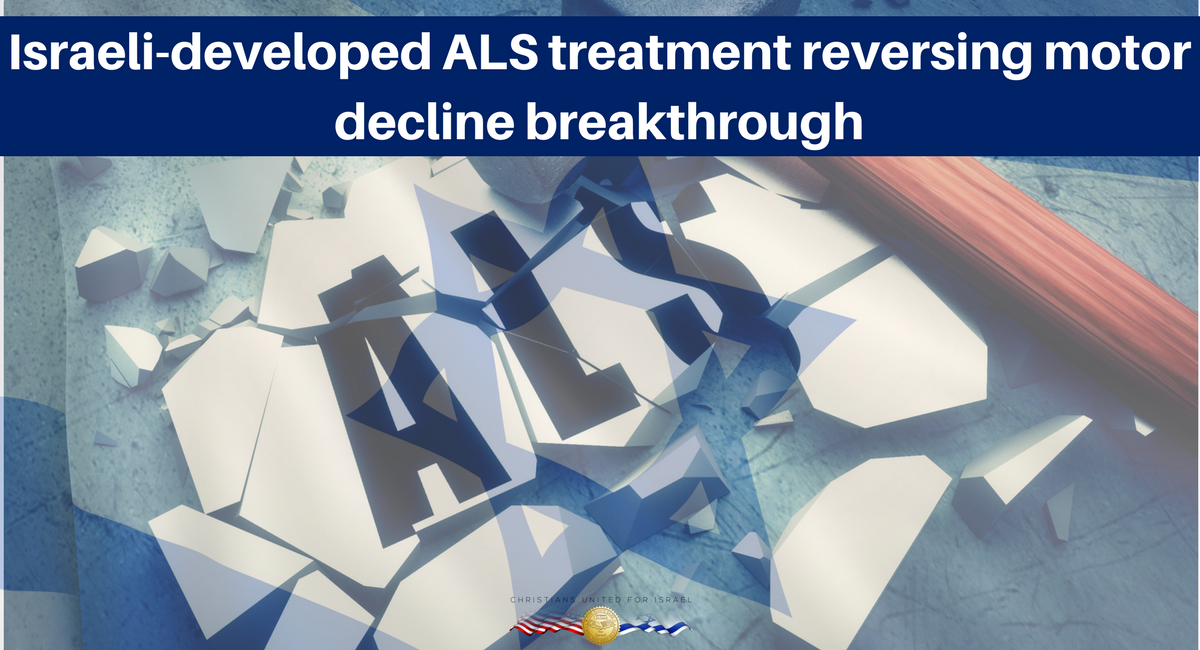 You may recall friends and family dumping buckets of ice on their head to raise funds for treating amyotrophic lateral sclerosis (ALS), a debilitating neuro-degenerative disease.

“We showed a very strong improvement when we compare pre-treatment to post-treatment in the patients that were treated,” said Chaim Lebovits, CEO of Brainstorm, referring to the company’s advanced stem cell therapy treatment. “It means that it’s not even a slowdown of the disease, or a halt, but it’s a reversal of it. It’s unheard of in ALS, if we replicate this in a third trial.”

BrainStorm announced on Monday that its first patients had enrolled in a phase three clinical trial for its treatment of ALS at two American hospitals. The research will occur at Massachusetts General Hospital, UC Irvine Medical Center in California and the Mayo Clinic in Minnesota — and it will include some 200 patients, half of whom will be given a placebo.

The company expects that if the stage three trial goes well, that the US Food and Drug Administration may give regulatory approval for mass use among doctors and patients. The trial will be measured by the ALSFR-S score responder analysis and final data is expected by 2019.

During the treatment process, doctors extract cells from the bone marrow of from patients with ALS, and the cells are multiplied and matured, then prepared for injection back into the patient. During the maturation process, the cells from the bone marrow are manipulated into behaving like brain cells, in that they produce materials that are the building blocks of the brain. When these modified cells are put back in patients, the building blocks circulate in the spinal fluid and help repair the damaged brain.

Since the cells are taken directly from the patient, that avoids the need for patients to be immunosuppressed so their bodies don’t attack a foreign substance.

“This is unprecedented, I’m not aware of another treatment program where the potential to alter or improve ALS is as great. We’re very encouraged by the promising results seen so far, and the changes in biomarkers that measure the building blocks of the brain — they suggest that the delivery of these substances is having an effect… we’re confident that we’re on the right track,” said Ralph Kern, MD, Brainstorm’s Chief Operating Officer and Chief Medical Officer.