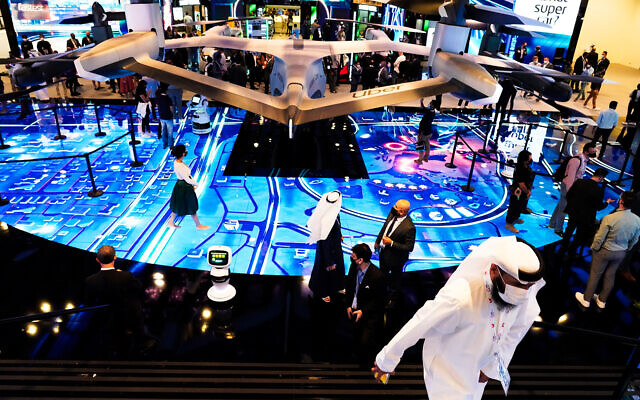 It was the first time Israelis participated in the conference, a development that followed the normalization deal signed between Jerusalem and Abu Dhabi in September.

Organizers said the conference was hosting the largest official meeting of business, tech and investment leaders from Israel and the UAE, with some 200 Israeli entrepreneurs and businesspeople in attendance.

The event was significantly smaller than previous years due to the pandemic, but Israel’s participation and several events focusing on Israel-UAE collaboration gave this year’s Gitex a boost.

The events are aimed at fostering networking between the two countries for business collaboration, investments and the sharing of ideas, with discussions focused on artificial intelligence, 5G technology, mobility, fintech and cybersecurity. Israeli representatives are also holding one-on-one business meetings with their international counterparts.