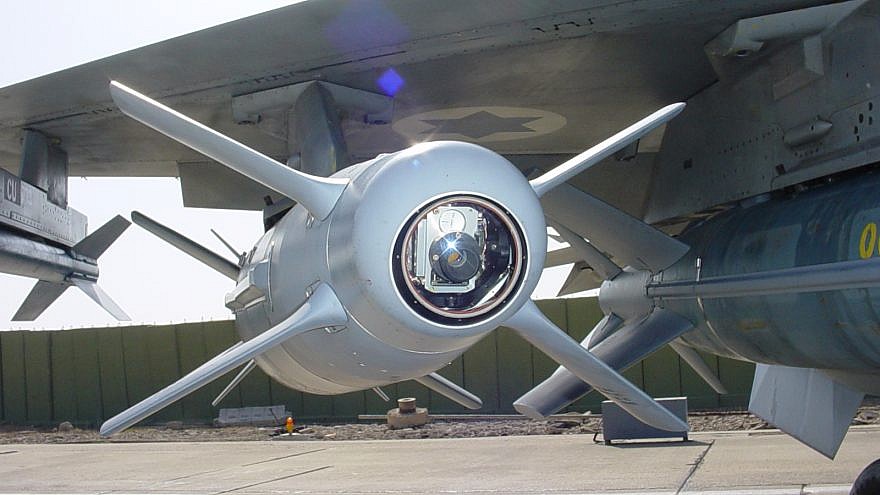 IAI-Elta is offering its radar to the U.S. Army’s Patriot system; Rafael is marketing its advanced SPICE guidance kits to the U.S. military.

A company source told JNS on Sunday that it sees its new agreement with Lockheed Martin as “an excellent avenue to offer the American user” a weapon system that does not rely on GPS guidance. Satellite communications can be blocked by enemy jamming systems, and SPICE guidance kits use state-of-the-art cameras and scene-matching technology to guide the weapon to its target independently of satellite links.

“This is crucial in today’s GPS-denied environment,” the source said. He noted that Rafael is also engaged with Lockheed Martin for the joint marketing of the company’s SPIKE fire-and-forget precision missiles, which are already in use in the militaries of 31 countries.

Rafael has struck previous agreements with U.S. defense company Raytheon for the joint marketing of its famous Iron Dome air-defense system, which has intercepted over 2000 incoming rockets heading towards Israeli population centers from the Gaza Strip since its rollout in in 2011. The U.S. Army is purchasing Iron Dome batteries.

John Varley, vice president of Close Combat Systems at Lockheed Martin’s Missiles and Fire Control, said his company is applying its experience to adapt Rafael’s “SPICE to meet U.S. standards so bomber and fighter aircraft can benefit from the added mission flexibility that SPICE offers.”

‘Leverage technology that is proven in the field’

Meanwhile, on Monday, Elta Systems, a subsidiary of Israel Aerospace Industries (IAI), announced that it had successfully completed a demonstration together with Lockheed Martin of a radar solution for the U.S. Army’s Patriot missile-defense system.

The demonstration was held as part of the U.S. Army’s Lower Tier Air and Missile Defense Sensor (LTMADS) program and has seen companies compete for a contract to provide radars.

Company sources told JNS that the U.S. Army is expected to announce its selection by September, representing a short timeframe.

The sources said the demonstrations in New Mexico, dubbed by some local media as the “radar Olympics,” took place over a two-week period. Elta and Lockheed are competing jointly against Raytheon and Northrop Grumman for the contract.

Without local U.S. partnerships, or a presence via an American subsidiary, it’s difficult for Israeli companies to gain the required tender information in the required manner. Elta also received assistance from the Israeli Defense Ministry’s Homa Administration, which oversees the development of air defense systems.

“During the two-week demonstration period, the Lockheed Martin and ELTA teams completed a series of air and missile-defense exercises showcasing our radar solution and how it will meet the Army’s requirements,” Elta said in a statement.

The company noted that both it and Lockheed Martin have produced several new-generation radars in recent years, and that both bring “mature technology” to the U.S. Army’s requirements.

Rob Smith, vice president and general manager of Radar and Sensor Systems at Lockheed Martin, stated, “We will leverage technology that is production-ready and proven in the field, allowing us to meet the Army’s requirements quickly and provide qualified systems within 24 months after the initial contract award.”

Yoav Turgeman, IAI vice president and CEO of Elta, added, “We are confident that this cooperation with Lockheed Martin can provide the Army with a reliable solution.”