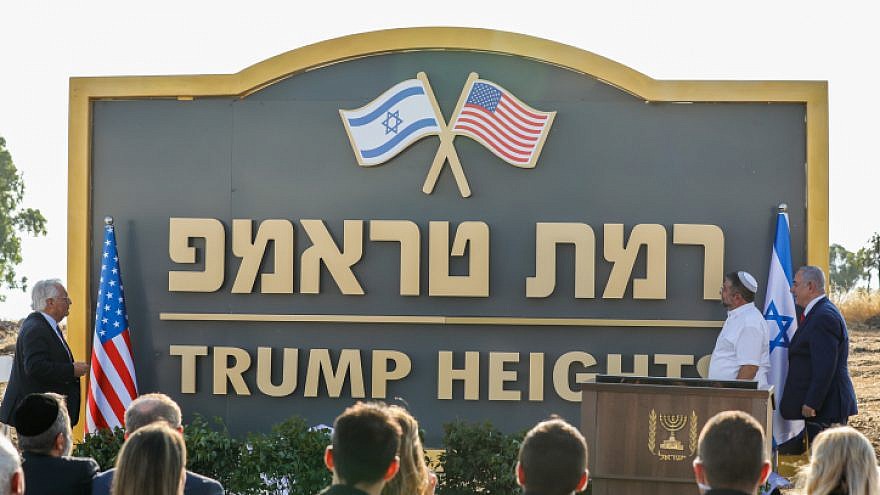 (June 17, 2019 / Israel Hayom) A special Cabinet meeting was held in the Golan Heights on Sunday to lay the cornerstone of Trump Heights, a new Israeli community named after U.S. President Donald Trump.

The groundwork on Trump Heights began a few days ago, and the sign marking the entrance to the community was unveiled on Saturday.

In a gesture of appreciation for Trump’s official recognition of Israeli sovereignty over the Golan Heights in March, Israeli Prime Minister Benjamin Netanyahu announced shortly afterwards that Israel would name a new Golan Heights community after Trump.

As soon as Netanyahu made the plan public, the Golan Regional Council was flooded with requests for information about the new community. Over the past few weeks, the council has received more requests following the publication of the community’s exact location, which lies in the northern Golan Heights.

“Hundreds of people have reached out, many of them Jews from Canada and the U.S. who are saying they want to make aliyah and live in ‘Trump City,’ ” said head of the Golan Regional Council Haim Rokach.