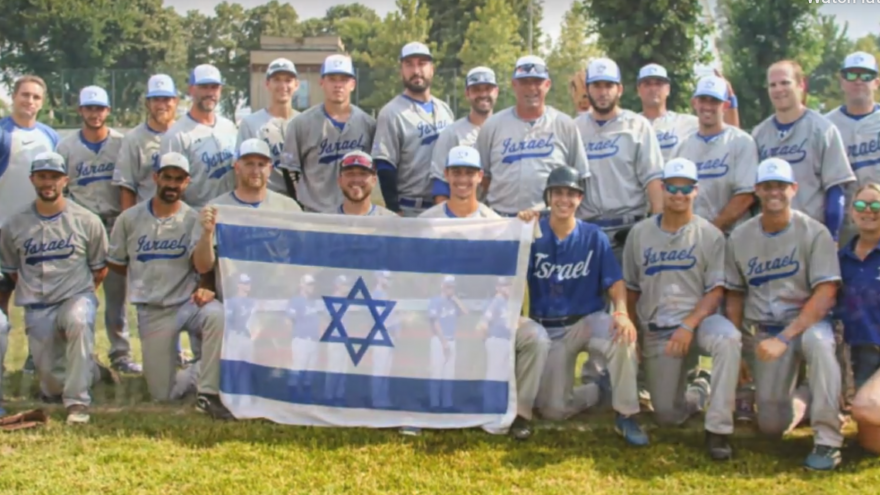 (September 23, 2019 / JNS) For the first time, Israel’s national baseball team will vie for gold at the Olympic Games, having qualified in a match against South Africa on Sunday, just days after Israeli gymnast Linoy Ashram secured a place in the Olympics rhythmic gymnastics contest.

Former major-leaguer Danny Valencia hit a three-run home run in the eighth inning of a qualifying match in Parma, Italy, sealing the team’s place at the 2020 Olympic Games in Tokyo with an 11-1 win.

Only six national teams will play in Tokyo, with Israel being the first to qualify. This will be the first time Israel has participated in a team sport at the Olympic Games since 1974.

The team advanced to the Europe/Africa Olympic qualifier after finishing fourth in the European Championship on Sept. 13.

The majority of the Israeli national team are Jewish Americans or Israelis who live in the United States, including former professionals.

Israeli baseball began to enjoy a small following in 1986, when a group of expat baseball enthusiasts established The Israel Association of Baseball ‎‎(IAB), a non-profit organization to promote and develop baseball in Israel.

Baseball is not played at every summer Olympics, but remains an optional additional sport which can be proposed by the host country’s Olympic committee.

On Friday, Linoy won the bronze medal in the all-around contest in the world championships in Baku, Azerbaijan.

Israel’s equestrian team won a place at the Olympics in the June Olympic Jumping Qualifier at Maxima Park in Moscow.