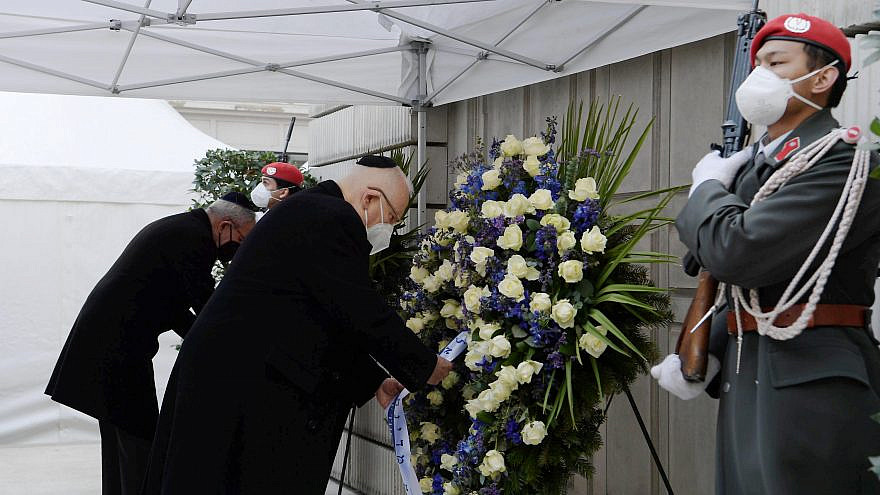 The ceremony, held at the city’s monument to Holocaust victims in Judenplatz, was attended by local residents, Holocaust survivors and members of the Vienna Jewish community. The national anthems of both countries were played, and the chief rabbi of Vienna read the Kaddish prayer for mourners. The presidents laid wreaths at the monument on behalf of the State of Israel and the Republic of Austria, and delivered remarks.

“Austria did not wake up one morning to the swastikas of the Third Reich,” said Rivlin. “Anti-Semitism, racism and xenophobia had been incubating for years. That is how the horrors were born—out of apathy and disregard.”

Turning to the COVID-19 pandemic and its effects on the world, Rivlin said, “The global pandemic which has attacked us … has only emphasized our shared commitment and the need for human solidarity, caring, compassion. I cannot deny the joint global effort to fight the virus has given me hope—hope that we have, perhaps, learned a lesson about the overriding commitment to be there for one another in times of trouble.”