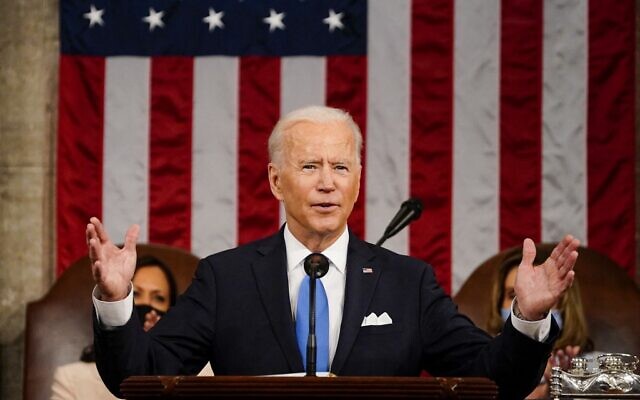 After US President Joe Biden made only brief mention of Iran’s nuclear program during his first speech to Congress, Israel’s Ambassador to the US Gilad Erdan said Thursday that Jerusalem will not allow its security to be dependent on or bound by an international agreement that it is not a party to.

Erdan’s comments came hours before he was slated to attend a meeting with Mossad spy agency chief Yossi Cohen and US Secretary of State Antony Blinken that was expected to touch on the efforts to breathe new life into the Iran deal.

He said that although the Biden administration is seeking to reenter the 2015 deal and bring Iran back to compliance, the US accepts Israel’s right to defend itself, a value that Israeli officials drove home during talks in Washington this week.

It is a demand that “the current government respects,” Erdan added and noted that Israel’s self-defense needs, including against other regional threats, has been backed in recent White House statements.

He said Israel is committed to preventing Iran from obtaining nuclear weapons “in any way possible and I think the international committee led by the US understands that.”