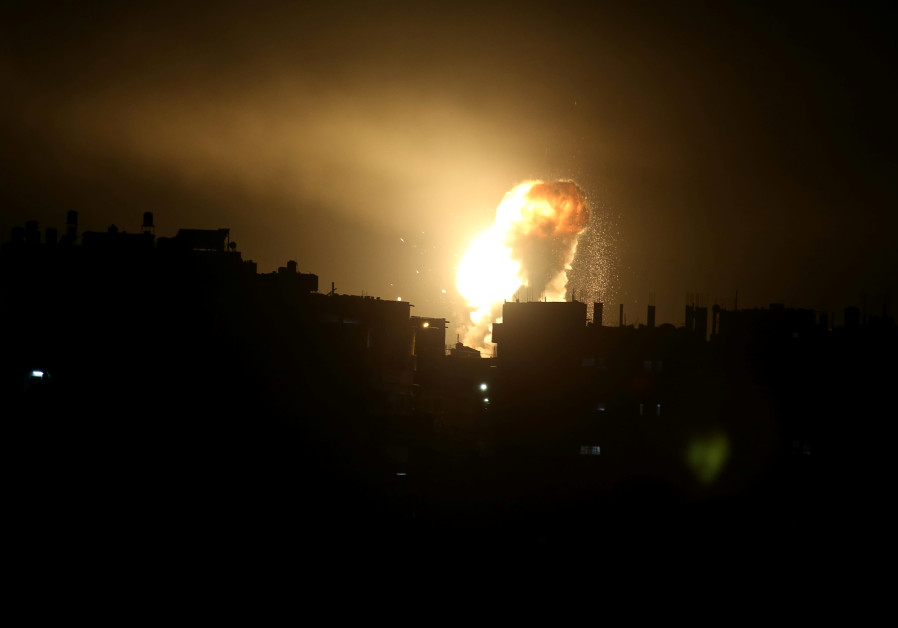 The Israeli Air Force carried out a series of strikes north of the Gaza Strip on Wednesday night, according to the IDF. The strikes were in response to hundreds of incendiary balloons that Hamas launched at Israel on Wednesday.

In retaliation, two rockets were launched at Israel, according to the IDF. There were no injuries are damages, the Shaar Hanegev Regional Council reported.

In a statement to the press, the IDF spokesperson said that “Hamas bears full responsibility for all that is taking place in the Gaza Strip, as well as all things coming out of it.”

The balloons caused fires in the Eshkol region south of the country.

Earlier this week, Israel reduced the fishing zone allocated to the fishermen of Gaza after an Islamic Jihad rocket landed in southern Israel, causing no casualties.

Israel is marking Holocaust Memorial Day on Thursday. Commemoration events began Wednesday evening, including the country’s official ceremony. At that event, Prime Minister Benjamin Netanyahu said that Israel must learn from the past and “will not extend its neck for slaughter.”