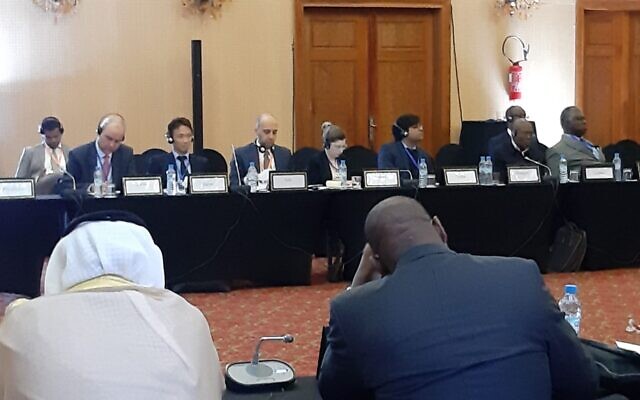 Israel used its participation in an international anti-terrorism conference in Morocco last week, which was dedicated mainly to the re-emerging threat from al-Qaeda, to call for stronger action against Iran.

Upon returning to Israel from the two-day conference in Marrakech, Dana Benvenisti-Gabay, the head of the Foreign Ministry’s regional security and counter-terrorism department, said she and some of Arab delegates at the conference used the opportunity to stress the threat emanating from the Islamic Republic and its Shiite proxies.

“The main topic of the conference was al-Qaeda, but I can say that Iran’s malign behavior came up, as well as Hezbollah,” Benvenisti-Gabay told The Times of Israel on Monday, referring to the Tehran-backed, Lebanon-based terrorist organization.

“On this issue, we agreed with the representatives from the Gulf states, which led to a joint effort that, even if it was not coordinated in advance, [saw] the Iranian threat being included in the concluding statement issued by the US State Department.”