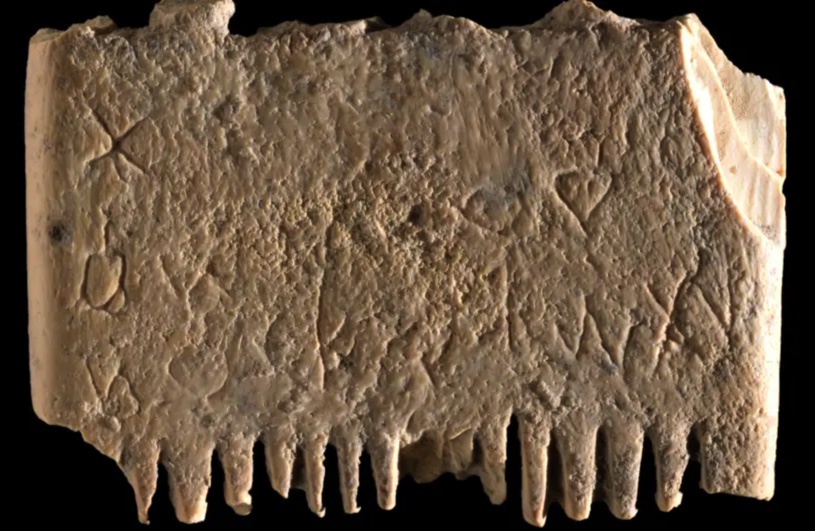 Ancient Canaanites suffered from lice, pediculus humanus capitis, on their beards and not just on their heads as do young children in Israeli schools today. The first sentence ever written in their language from 1700 BCE appears on an ivory comb inscribed with a hopeful plea to wipe out the lice: “May this [ivory] tusk root out the lice of the hair and the beard.”

The alphabet was invented around a century before and was used by the Canaanites and later included in most other languages in the world. Until recently, no meaningful Canaanite inscriptions had been discovered in the Land of Israel, except for two or three words here and there.

The comb was dug up at Israel’s Tel Lachish by a team from the Hebrew University of Jerusalem (HU) and Southern Adventist University in Tennessee under the direction of professors Yosef Garfinkel, Michael Hasel and Martin Klingbeil. The inscription was deciphered by semitic epigraphist Dr. Daniel Vainstub at Ben-Gurion University of the Negev (BGU) in Beersheba. The ivory was tested by HU Prof. Rivka Rabinovich and BGU Prof. Yuval Goren and found to originate from an elephant tusk.