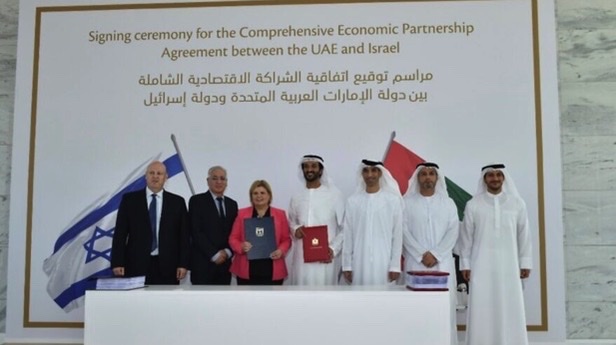 Israel and the United Arab Emirates signed a free trade agreement on Tuesday in Dubai. The deal is the first of its kind between Israel and an Arab state.

Barbivai said on Monday that customs duties will be eliminated on 96 percent of products, including food, agriculture, cosmetics, medical equipment and medicine, according to Reuters.