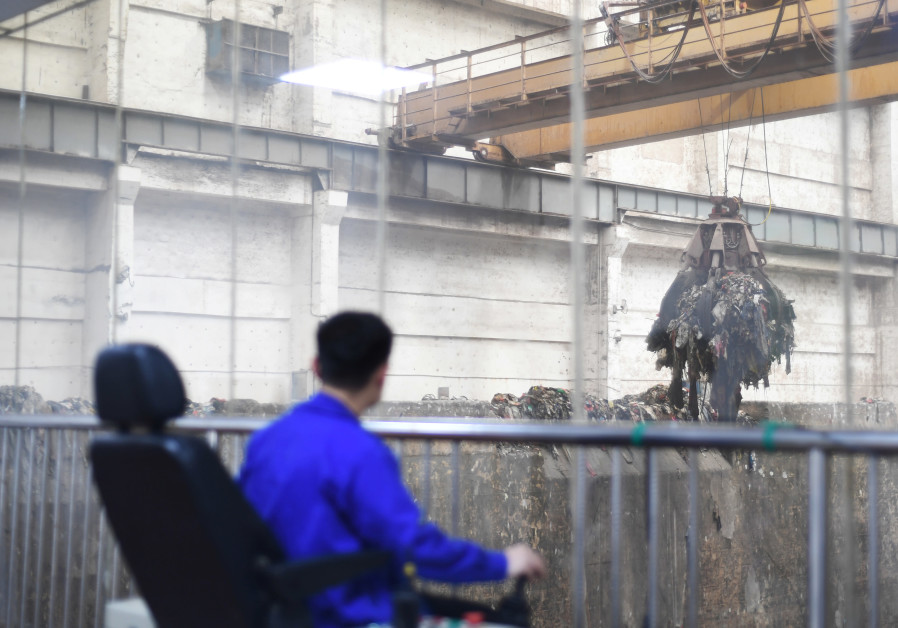 An inter-ministerial committee for the treatment of waste, estimated at 5 million tons annually, published Thursday a pre-qualification document ahead of the public-private-partnership (PPP) tender to plan, fund, construct and operate the facility.

Incinerating waste to produce electricity, the plant will be built at the “Good Samaritan” recycling park near Ma’aleh Adumim. The plant is expected to serve as the primary waste treatment facility for the Jerusalem metropolitan area and surrounding towns.

According to the ministries, the new site – which is estimated to commence operations in another six years – will be home to an innovative waste sorting facility and the most advanced energy recovery facility worldwide, producing electricity from waste under stringent environmentally-friendly conditions.

“This facility is part of a series of infrastructure projects currently promoted by the government as part of the ‘Infrastructure 2030’ program in all areas – transportation, water, energy and environmental protection,” said Accountant-General Rony Hizkiyahu.

“This is the first facility in Israel that will transform waste into energy in a significant quantity, is expected to create a new standard and bring Israel closer to global levels of waste treatment.”

The plant is expected to replace the construction of an already-approved landfill at the recycling park, thereby “avoiding significant environmental damage” and contributing toward the Ministry of Environmental Protection’s targeting to reduce the national landfill disposal rate from 80% today to 26% by 2030.

Foreign companies will be invited to participate in the project, which the ministries forecast will be one of several to be constructed in the coming years.

According to annual data published Monday by the Environmental Protection Ministry, emissions of suspected or recognized carcinogenic substances in Israel increased by 28% in 2018 due to the burning of landfill waste.

The report also stated that emissions from the industrial Haifa Bay area – traditionally a major source of pollution – continued to decrease last year.