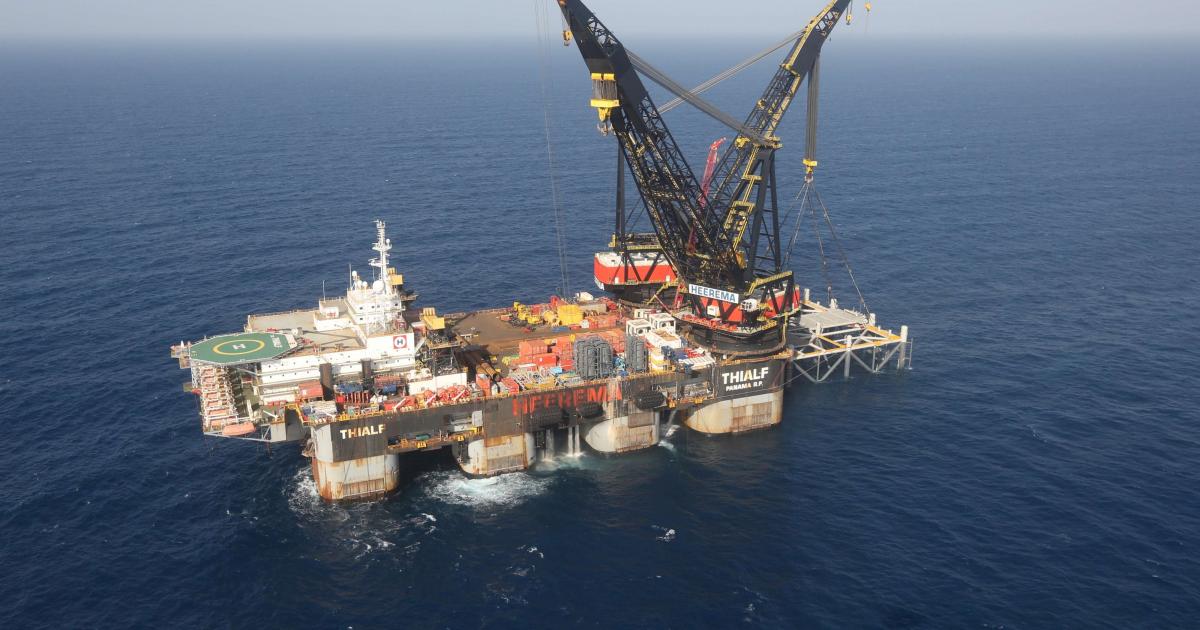 The flow will secure the beginning of a landmark $15 billion export agreement between Delek Drilling and partner Noble Energy with an Egyptian counterpart in what Israeli officials called the most significant deal to emerge since the neighboring countries made peace in 1979.

Egypt hopes to leverage its strategic location and well-developed infrastructure to become a key international trading and distribution center for gas, a potentially remarkable turnaround for a country that spent about $3 billion on annual liquefied natural gas imports as recently as 2016. The deal signed early last year will bring natural gas from Israeli offshore fields Tamar and Leviathan into the Egyptian gas grid.

Steinitz also said that a deal to buy stakes in the East Mediterranean Gas Company’s pipeline between Ashkelon in Israel and El-Arish in Egypt will be completed “within weeks” and that more connections could be built between them.

Delek and Noble have agreed to buy into the pipeline to transport the gas supplies. Delek said that technical examination of the pipeline is complete and it expects to close the East Mediterranean Gas Company deal by August 31.

A number of big gas fields have been discovered in the eastern Mediterranean region’s Levant Basin since 2009. However, the region lacks significant oil and gas infrastructure and relations between countries including Cyprus, Greece, Egypt, Israel, Lebanon and Syria are strained on a number of fronts. In January, several eastern Mediterranean countries agreed in Cairo to set up a forum to create a regional gas market, cut infrastructure costs and offer competitive prices. Lebanon and Turkey did not participate in the meeting, nor did war-torn Syria.

Beirut has an unresolved maritime border dispute with Israel, which it regards as an enemy country, over a sea area of about 860 square kilometers (330 square miles) extending along the edge of three of Lebanon’s southern energy blocks.

Steinitz said that delayed talks with Lebanon over the maritime borders could still take place. “We’re still waiting to see the final outcome,” he said. “We expressed our readiness. It is actually up to the Lebanese to decide if they are serious or not.”