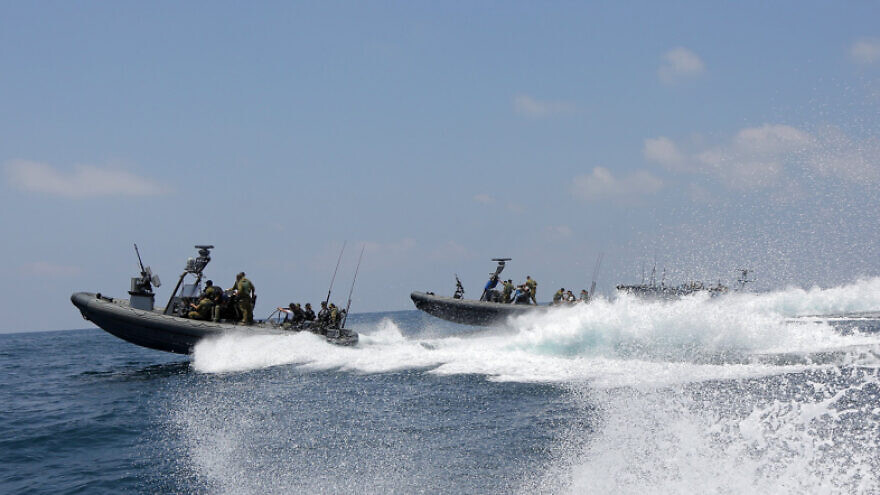 Israeli naval forces thwarted a major arms shipment to the Gaza Strip by sea in a secret operation several weeks ago, the Israel Defense Forces revealed on Wednesday.

In what the IDF called “a significant operational achievement,” Muhammad Bachar, one of the two terrorists on board the boat and a key figure who has been actively involved in smuggling arms to terrorists in the Gaza Strip, was detained during the raid. He was indicted in the Beersheba District Court on June 4.

The arms shipment was intended for Hamas’ naval commando forces, according to the IDF.

“This operation is part of a series of counter-terrorism missions aimed at disrupting Hamas’s armament plans, significantly damaging their military capabilities, and is part of the ongoing effort to thwart terrorist activity of any kind against Israeli citizens,” said an IDF spokesperson. “The IDF and the Shin Bet will continue to thwart terror activities and maritime smuggling efforts which are aimed at strengthening terrorist groups in the Gaza Strip.”

The two major terrorist groups in Gaza, Hamas and the Palestinian Islamic Jihad, are keen to acquire, among other arms, guns, bullets, mortar shells, anti-tank weaponry, explosives and raw materials for rocket production.