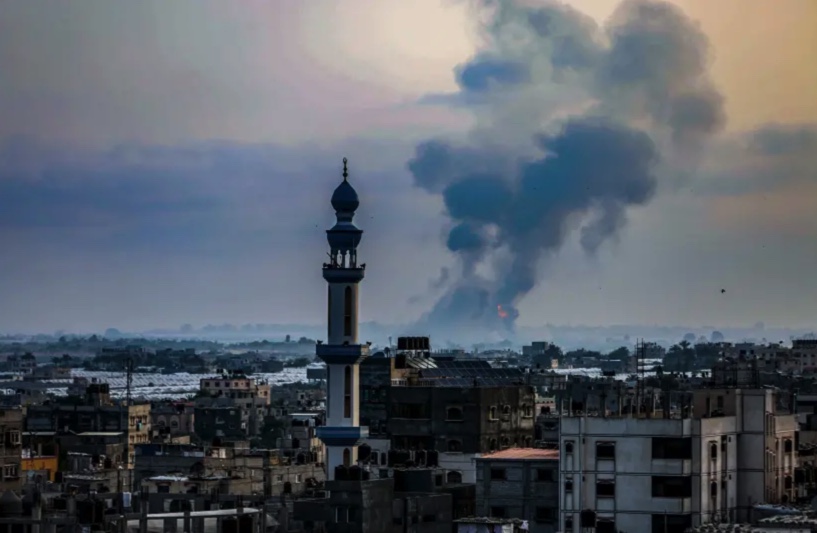 The Israeli Air Force struck targets in the Gaza Strip overnight on Tuesday in response to earlier rocket fire launched towards southern Israel.

“Fighter planes attacked a number of targets and destroyed a Hamas weapons production facility,” the IDF Spokesperson’s Unit said in a statement. “Israel regards Hamas as responsible for all events in and from the Strip.”

Hamas spokesperson Hazim Qassem said that there were no injuries in the strikes that targeted a site west of Khan Younis and claimed anti-aircraft fire was launched at the planes. According to reports, a Russian-made Strela (SA-7) shoulder-to-air missile was fired at Israeli jets.

“The Izz al-Din al-Qassam Brigades announced that its air defenses responded to the hostile Israeli warplanes at 1:35 a.m., in the skies of the Gaza Strip with surface-to-air missiles,” SAFA news agency reported.

The IDF confirmed to The Jerusalem Post that a missile had been fired at the jets.