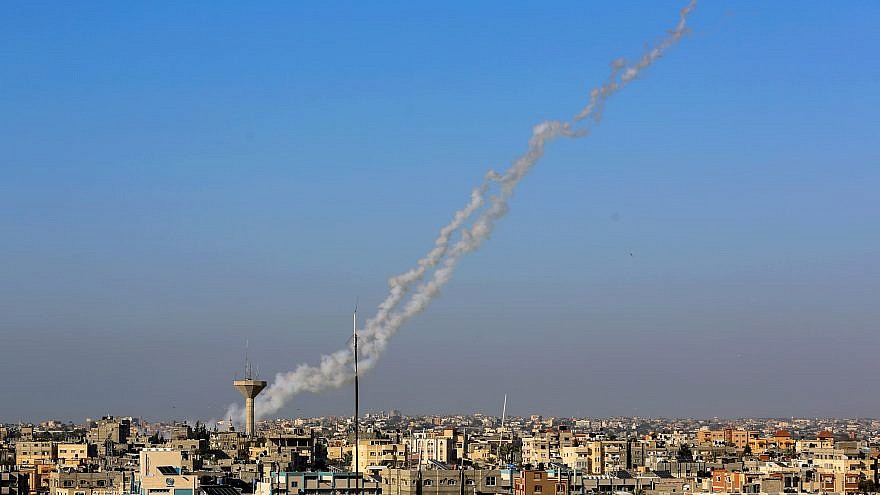 (September 12, 2019 / Israel Hayom) The Israel Defense Forces struck Hamas military installations in the Gaza Strip on Wednesday night in retaliation for rocket fire from the coastal enclave earlier in the day, one of which struck a home in Moshav Netiv Ha’asara.

Three rockets were fired at Israeli communities north of Gaza on Wednesday afternoon, according to the military, marking the second consecutive day of rocket fire from the coastal territory. Two of the rockets landed in open territory, causing no damage.

Code Red sirens were sounded in Kibbutz Zikim and Moshav Mavki’im late Wednesday evening in what the IDF Spokesperson’s Unit called a false alarm. A 77-year-old woman was injured while running to a safe room.