Israel strikes Hamas after it fires two rockets at Beersheva 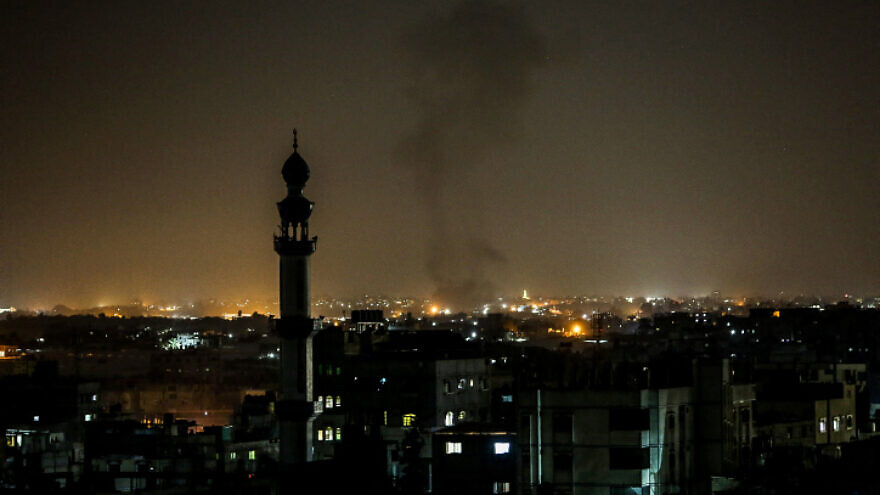 (November 17, 2019 / JNS) Israel struck several Hamas installations in the Gaza Strip on Saturday after two rockets were fired at the city of Beersheva from the coastal territory, setting off warning sirens.

According to Israeli military sources, the country’s Iron Dome air-defense system downed both rockets. At least eight people suffered light injuries during the incident, mostly sustained while rushing for shelter, according to Ynet.

The strikes against Hamas targets on Saturday are the first since the flare-up of hostilities last week between Israel and the Gaza-based terrorist group Palestinian Islamic Jihad last week. After Israel carried out a targeted strike against a senior PIJ commander in Gaza on Nov. 12, the terrorist group launched more 400 missiles at central and southern Israel.

Israel retaliated by striking multiple terror targets in the Hamas-ruled territory, but refrained from targeting Hamas itself. Hamas, too, apparently remained on the sidelines during the clashes.

A ceasefire between Israel and PIJ went into effect early Thursday morning, but four rockets were launched at Israel during the day, with Israel carrying out retaliatory strikes overnight.

Following the attack, the Israeli military posted on Twitter that “Hamas will bear the consequences for attacks against Israeli civilians. We remain prepared for various scenarios.”