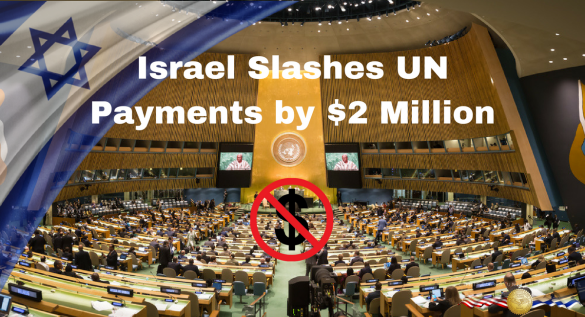 Israel announced Wednesday that it’s slashing its payments to the United Nations by $2 million after a series of anti-Israel votes last week.

Israeli Foreign Ministry spokesman Emmanuel Nahshon said the decision to reduce the annual payments was made following a series of anti-Israel votes at the UN Human Rights Council. He called the votes part of the “obsessional discrimination against Israel on the part of the United Nations and its agencies.”

Nahshon said the funds being withheld would be used for development projects in countries that back Israel in international forums.

The UN requires all of its 193 member states to pay a portion of the world body’s annual budget based on their gross domestic product. Israel is expected to pay $11 million this year.

Earlier this year, Israel said it would suspend $6 million in annual dues to the UN in protest of a December 2016 vote by the U.N. Security Council condemning Israeli settlement activity as well as describing eastern Jerusalem and its Jewish holy sites as “occupied Palestinian territory.”