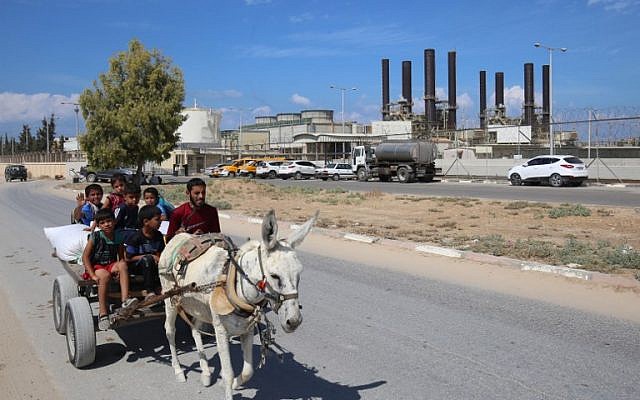 Israel announced Tuesday morning that it would cut supplies of fuel to the Gaza Strip after a rash of cross-border arson attacks.

At least 13 brush fires were sparked in southern Israel on Monday by balloon-borne incendiary devices launched from the coastal Palestinian territory, the local fire service said.

“In the wake of the uptick of incendiary balloons from Gaza into Israel and arsons in the Gaza border area, it has been decided to stop transfers of fuel to the Gaza power station via the Kerem Shalom crossing beginning this morning,” COGAT, the Defense Ministry body charged with liaising with the Palestinians, said in a statement.

The punitive measure marks a shift after Israel over the last several weeks opted instead to put various restrictions on the size of the Strip’s fishing zone in response to arson attacks.

Israel in the past has cut off fuel supplies to Gaza’s sole electricity station in response to attacks emanating from the Strip, though such moves have drawn criticism from Palestinians and the international community for worsening an already dire humanitarian situation in the Strip.

The restrictions on the fishing zone had also been criticized for punishing fisherman who had no link to the airborne attacks.