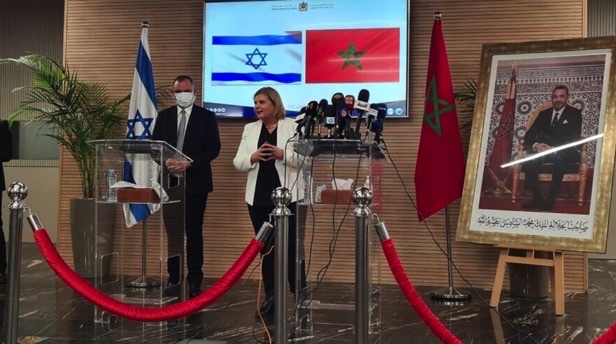 Israel’s Minister of Economy Orna Barbivai met with the Moroccan Minister of Industry and Trade Ryad Mezzour in Morocco on Monday and signed a trade agreement that would increase annual trade to more than $500 million.

“The annual level of economic and commercial exchange between the two countries, which today amounts to $130 million, must very quickly reach $500 million … and go beyond that,” said Barbivai, reported AFP.

Barbivai arrived in Rabat on Sunday. She is on a four-day visit to continue to build ties between the two countries as part of the Abraham Accords normalization agreement signed in 2020.